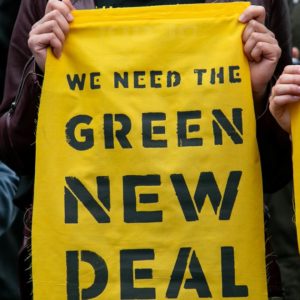 Many of us have been reminded over the last two years just how important it is to have safe, effective, and accessible pharmaceutical drugs and a functioning healthcare system. Unfortunately, as we continue to deal with COVID-19 variants, Congress and the White House are targeting innovators with price controls in reconciliation and through Biden’s Environmental Protection Agency (EPA), pursuing a blanket ban of commonly used chemicals the FDA deemed safe and effective.

These Biden administration environmental regulatory proposals involve strict limitations on chemicals known as Per- and Polyfluoroalkyl Substances (PFAS). On August 26, the EPA issued a new proposed rule to designate PFAS  as hazardous substances. If approved, it would have terrible unintended consequences on everyday items, including lifesaving, FDA-approved pharmaceuticals and medical devices for over 80 years.

According to the Food & Drug Administration (FDA), there are nearly 5,000 different types of PFAS. While these regulatory restrictions are being debated, the EPA is conducting testing on PFAS in foods and their existing opinion is, “even when there have been detectable levels of PFAS, our safety assessments have shown no cause for avoiding these foods.”

That sure looks like an EPA witch hunt against anything containing PFAS, and does not resemble a science-based initiative, but instead is part of a political agenda.

Last year, the EPA released the PFAS Strategic Roadmap for 2021-2024, which outlines their “plan” to restrict PFAS. But if you look at its website today, under “What we don’t fully understand” is “How harmful PFAS are to people and the environment.”

Similarly, on July 21, 2021, the House of Representatives passed a bill known as the PFAS Action Act, which set a national drinking water standard for select PFAS groups and more importantly limits industrial usage. There seemingly is no scientific basis behind this Act; it is all based on assumptions and persuasive stakeholders who have something to gain.

The Biden administration and certain Members of Congress are bending to environmentalist groups to appear “green” at the expense of American patients.

The FDA states that “American consumers benefit from having access to the safest and most advanced pharmaceutical system in the world.” It also claims that its Center for Drug Evaluation and Research’s (CDER) “best-known job is to evaluate new drugs before they can be sold. The center ensures that drugs, both brand-name and generic, work correctly and that their health benefits outweigh their known risks.” But now, the EPA and Congress want to impose overbearing and unnecessary regulations that could cause hundreds of FDA-approved medications to be pulled from pharmacy shelves.

According to a 2022 Medication Access Report, 82 percent of patients have reported experiencing delays in accessing medications. And in 2021, the FDA data revealed 114 drugs were in shortage, including antibiotics, diuretics, opioids, and heart failure medications. If misinformation and arbitrary regulations are allowed to make producing lifesaving drugs near impossible, the problem will only be exacerbated. More American patients will die because some of the most commonly prescribed, FDA-approved pharmaceuticals contain PFAS, including antidepressants, NSAIDs, antibiotics, rheumatoid arthritis therapeutics and tachyarrhythmias, which restores normal heart rhythms. In fact, one of the most effective available treatments for COVID-19, Pfizer’s oral antiviral medication, Paxlovid, contains PFAS. Even President Joe Biden has benefitted from this critical medication.

Having served in two administrations, I have questions about the process or lack thereof. Did the Biden administration create a multi-agency review with active participation by FDA and HHS policy officials? Have these health officials signed off? If not, then isn’t this a powerplay by EPA at the expense of Americans and their healthcare?

What are American patients and their loved ones supposed to do if misinformed regulations – that have not been approved and vetted by top federal health officials – keep them from medications they desperately need?

It is alarming that these proposed regulations are being discussed before we have the science to back them up. If the EPA and Congress are allowed to get away with making laws not based on science or facts, we will set a terrible precedent. But more importantly, we will lose access to life-saving medications without any tangible or measurable results.

Jack Kalavritinos is executive director of the Coalition Against Socialized Medicine. He wrote this for InsideSources.com.