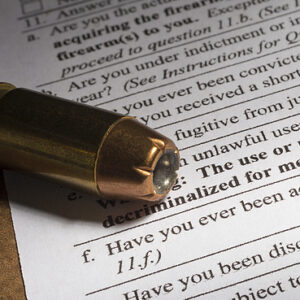 Funding Mental Health Is Great, but It Will Not Reduce Mass Killings

Over the decades, Americans have bought into many falsehoods — cigarette smoking is safe, for example. Some false beliefs are relatively benign, while others — like smoking — are deadly. The belief that mentally ill people cause mass murders is likewise grievously harmful and untrue.

The truth is that the United States exceeds every country in the Western world in death by guns and in overall gun ownership. Massive gun ownership lays the groundwork for these mass killings to happen. People with mental illness play very little or no part.

The idea that people with mental illness are responsible for mass killing is, in a way, comforting. Mass killers need to be “crazy” to murder strangers and schoolchildren. Ordinary people couldn’t kill children, the feeling goes. Only someone mentally abnormal is capable of such an atrocity.

We have allowed ourselves to be seduced into vilifying “the mentally ill” as a category of people to be feared and blamed when atrocities happen. The problem is that going beyond this explanation and looking for other causes becomes unnecessary once we target the mentally ill.

Politicians, especially in gun-leaning states, benefit enormously from the public’s mistaken belief that mass murderers are mentally ill. They can ride the widespread emotional attitude to political gain. In states where anti-federal government sentiment is high and attitudes toward individual freedom run paramount, blaming violent crime on the mentally ill is an ideal scapegoat that helps to avoid gun-control laws.

Greg Abbott, the governor of Texas, is a prime example of capitalizing on the public biases and lack of understanding concerning mental illness. How do we know mass killers are mentally ill, the governor is asked. Because they killed people, the governor replies. Circular reasoning aside, the governor feeds into public fear and misunderstanding. He provides the public with a sense that funding mental health will provide an answer, diverting attention from hard truths that are uncomfortable for his constituents to accept. It makes them feel that there is a plan to solve the problem when there is not.

There is an advantage to blaming people with mental illness. The blame keeps conservative politicians in office. It distracts from facing possibilities that gun supporters do not want to hear about — too many guns.

The gun industry benefits from the distraction of blaming those with mental illness, quite obviously. It has reaped enormous profits, $3 billion since the COVID pandemic began. More than $1 billion in revenue over the last 10 years came from the sale of AR-15-style firearms, a popular weapon used in mass killings.

A public full of misconceptions and biases toward those with mental illness makes lies, blame and distortions easy for others to exploit. Politicians in gun-lenient states capitalize on public biases to promote a distortion that gains votes for them and distracts from the real issues that could reduce mass killings.

All these parties — the public, gun-supporting politicians and the powerful gun industry — promote the erroneous belief that people with mental illness are the cause of mass killings. They are not.