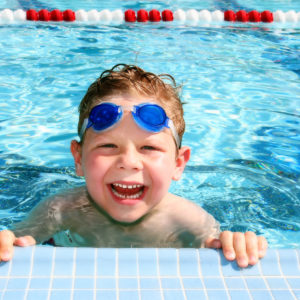 Three-time Olympic Gold Medalist Rowdy Gaines wants kids to be safe while having fun in the water this summer. So he’s partnering with fellow gold medalist swimmers like Cullen Jones to make it happen.

They’ve teamed up with USA Swimming and Phillips 66 to encourage parents to get children the swimming and water safety training they need through their “Make A Splash” initiative. And they say it’s never too early to start.

“The time to start swimming lessons is when they learn to walk,” Gaines told InsideSources. “That is when they need to learn to be safer in the water, to go through the process of learning.”

The CDC reports that from 2005-2014, there were an average of 3,536 fatal unintentional drownings (non-boating related) annually in the United States — about ten deaths per day. An additional 332 people died each year from drowning in boating-related incidents. And about one in five people who die from drowning are children 14 and younger.

For every child who dies from drowning, another five receive emergency department care for nonfatal submersion injuries. 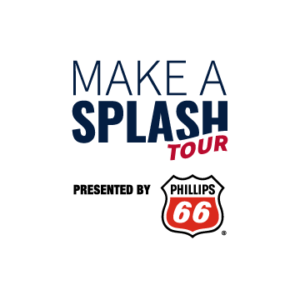 “Swim lessons are one of the most important ways we can help end drownings,” said Todd Conrad, associate executive director and director of Competitive Aquatics at the Upper Main Line YMCA. His organization offers swim lessons for all ages and abilities, he said.

Jones, a four-time Olympic medalist and the first African American to hold a world swim record, is a USA Swimming Foundation Ambassador.

“Swimming is a fun and healthy activity that people of all ages can enjoy their whole lives, so it’s important to teach kids proper swimming techniques early,” he said in a statement. “We want to encourage parents and guardians to enroll their children in learn-to-swim programs so they can learn the fundamentals of swimming.”

The Make a Splash Campaign helps educate Americans about water safety and promotes drowning prevention nationwide. May is Water Safety Month and it’s a critical time to raise public awareness and enroll children in life-saving swim lessons just as the summer season begins

“It’s never too early to start,” Gaines said, adding that it can take just 30 seconds for a young child to drown.

Gaines, who won his first gold in the 1984 Olympics in Los Angeles, was a late bloomer as a competitive swimmer.

“I learned to swim before I learned to walk, when I was nine months old,” Gaines said. His parents were performers in the waterskiing act at Cypress Gardens, a botanical garden and theme park that closed in 2009.

“It was a great life as a kid but I didn’t start competitive swimming until I got to be a junior in high school,” said Gaines. He tried out for five other sports before finding his talent for swimming.

Winning his first Olympic gold medal in 1984 was “a big thrill because I had been a part of the team in 1980,” which was when the U.S. boycotted the Olympics in response to the Soviet invasion of Afghanistan. He earned the gold in the 100-meter freestyle and swam the anchor legs of the 4-by-100 meter freestyle and 4-by-200 medley relay races.

“And so my journey turned from a four-year journey to an eight-year journey,” he said. “A lot of the thrill for me was that it was in the United States, in Los Angeles. To be able to swim in the Olympics in your home country was a great feeling, a very proud feeling.”

One area of concern for the Make A Splash campaign is the risk to children of color, Gaines said. Black children drown at rates three times higher than their White counterparts according to USA Swimming and a 2018 study found 70 percent of African Americans don’t know how to swim.

“You’re talking about fear,” said Gaines. “That fear is passed down generationally and that’s something we’re trying to overcome in that community.”

Claudia Kreisle, director of social impact for Phillips 66, said, “Safety is a core value of Phillips 66, and we’re proud to join forces again with the USA Swimming Foundation and encourage parents and guardians to get their kids active in swimming lessons. Swim lessons save lives and teach kids skills that last a lifetime.”