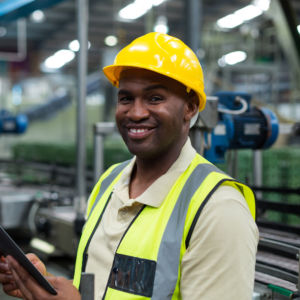 Is This Autoworker Union Willfully Driving a Plant Toward Mass Layoffs?

A Michigan union leader was denounced by a former labor department official Thursday for his willingness to let hundreds of workers lose their jobs.

The United Auto Workers (UAW) has made it clear that they will not agree to contract concessions with Dematic Corp. The company has recently threatened to layoff 204 production workers by December. UAW Local 1485 President Scott Wahlfeldt responded Tuesday that he would rather see the facility close than to allow for contract concessions.

The Grand Rapids, Michigan, based company is a supplier of automated supply chain technology, software, and services. It started to threaten mass layoffs two years ago as it prepared to move operations to Monterrey, Mexico. Dematic instead offered to reopen contract talks earlier this year in the hopes of finding ways to reduce costs.

“If the company decides to close, the union would support it at this point,” Wahlfeldt told Mlive.com. “I would say that it’s a shame if the company does decide to leave – not only for the employees that work here and the families that are supported here, but also the customers who depend on our years and years of experience.”

Wahlfeldt adds the current contract entitles members to severance packages, extended insurance coverage, and federal worker retraining program. West Michigan also has a strong manufacturing climate and low unemployment. But one former federal official is calling foul on the willingness of the union to let so many people lose their jobs.

“The UAW’s statement shows again that the union is unwilling to be flexible and adapt for the long-term best interest of its members, the companies it negotiates with, and the local economies where it operates,” Vinnie Vernuccio told InsideSources. “Rather than trying to find a creative solution to retain jobs and keep the Dematic plant in Grand Rapids, it would rather see its members cash out with severance packages.”

Vernuccio formerly served as a special assistant at the Department of Labor under former President George W. Bush. He worked under the assistant secretary for administration and management. Vernuccio currently works as a senior fellow at the Mackinac Center for Public Policy.

“The move is hallmark short-sightedness for the UAW,” Vernuccio said. “It also is a prime example of why time and again employees at non-union plants are saying no to the UAW.”

Mlive.com reported earlier in the year that plant owners were looking to reopen contract talks. Local 1485 originally praised the decisions hoping for better job security provisions. The union also said it hoped to help the facility find cost savings provisions. The current union contract with the company expires on December 15.

Dematic President John Baysore said at the time that he hoped the Grand Rapids facility will be able to keep the at-risk jobs by positioning itself as a competitive choice for operations. The mood quickly shifted with the union demanding that cost-savings approaches would not include contract concessions.

The current union contract put starting pay for unskilled positions at $13.85 an hour. Those working in skilled positions can expect a to be paid up to $22.64. The most recent layoff notice does not include the roughly 900 employees who have white collar and engineering jobs at the facility.

Dematic Corp. and the UAW did not respond to a request for comment by InsideSources.