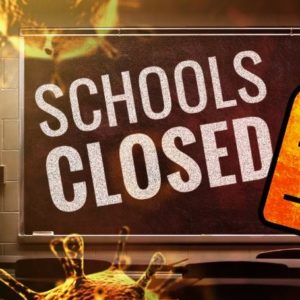 Both the Bedford and Nashua Public Schools announced Friday that they are closing for at least a week in response to the coronavirus outbreak, despite the fact that neither school has had a reported case of the virus or contact with anyone who’s been exposed. By doing so, they are operating contrary to the latest guidance from the federal Centers for Disease Control.

All of these schools made their announcements before Gov. Chris Sununu declared a state of emergency. The governor is not ordering the closing of public schools, instead leaving that decision to local communities.

“Our kids are our precious gems,” said Superintendent Jahmal Mosley of the Nashua School District. According to the Union-Leader, the decision was made by a unanimous vote of the Nashua Board of Education during an emergency meeting on Friday.

Bedford Superintendent Mike Fournier stressed the fact that there are no known cases in their school system when he announced they are closing for at least a week starting Monday.

Farmington schools closed Friday after a false report of a positive COVID-19 test but have since re-opened. Exeter schools are closing “out of an abundance of caution.”

These closings are different from earlier ones in communities like Newmarket where there was an actual reported contact or potential encounter with the virus. These schools are simply closing, they say, “out of an abundance of caution.”

As a result, these schools are making decisions counter to CDC guidance.

“Available modeling data indicate that early, short-to-medium closures do not impact the epicurve of COVID-19 or available healthcare measures (e.g., hospitalizations). There may be some impact of much longer closures (8 weeks, 20 weeks) further into community spread, but that modeling also shows that other mitigation efforts (e.g., handwashing, home isolation) have more impact on both spread of disease and health care measures. In other countries, those places who closed school (e.g., Hong Kong) have not had more success in reducing spread than those that did not (e.g., Singapore).”

One reason fear-driven, as opposed to risk-driven, school closings are a concern to health officials is that, while it might create “social distancing” for students, it could exacerbate other dangers.

Marc Lipsitch, an epidemiologist at Harvard’s public health school, notes that one downside of school closures could be children whose parents are working being cared for by elderly family members like grandparents, who have more vulnerability to the worst outcomes from the virus.

Jennifer Nuzzo of the Johns Hopkins Center for Health Security said to be effective, schools would have to stay closed for weeks or months. “For true effectiveness, schools need to close before even 1 percent of the population is infected and they need to stay closed until the epidemic is over, which could mean months. Children couldn’t gather in other settings, which would be very difficult to enforce,” Nuzzo wrote in the New York Times.

“Though there may be an inclination to present school closings as a well-established tool to protect public health, their full impact is simply unknown. Downplaying the disruption these measures may cause or overstating their benefits can erode public confidence in government at a time when it is needed the most.”

And then there are the effects on low-income and single-parent families for whom closing schools means true hardship. That may not be an issue in a community like Bedford, but it’s a real consideration for Nashua.

For some parents, “just close the schools” is an immediate reaction with no downside — even if there’s no medical reason to do so. For others, the consequences could be both expensive and dangerous.

By Jill Ebstein on July 11, 2021
I’ve been mourning the loss of my 14-year-old Goldendoodle, Nemo, who we put down in…
Read More
News