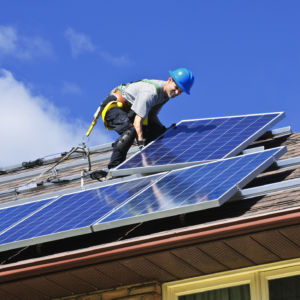 Federal programs designed to help displaced workers might need to be reformed to address rapid changes in the current labor market.

President Donald Trump helped to renew interest in the working class during his campaign. His promise to help struggling workers resonated with many voters. Federal training programs were established to help those very workers, but changes to the labor market may underscore the need for reform.

The Department of Labor (DOL) oversees the bulk of these federal programs in coordination with state agencies. The programs are designed to help displaced workers by providing them skills that companies actually need. These programs are now faced with the question of whether they are actually effective.

“Who are you retraining and for what purpose, on what level of skills?” asked Prof. Samuel Bacharach, who serves as the director of the Institute for Workplace Studies at Cornell University. “I think we have to deal with these fundamental issues. Otherwise, we’re going to keep giving people training on this and training on that and ten years from now they’ll outgrow the skills we gave them.”

The Government Accountability Office (GAO) found in a 2011 report that the federal government spends about $18 billion annually on these programs. The report also states nine federal agencies run their own job training programs. A major issue facing the current system is whether the programs are providing the skills employers actually need.

“Individuals are not being trained for jobs that they’re able to find employment in,” Heritage Foundation research fellow Dr. David Muhlhausen told InsideSources. “The idea that the federal government is going to train people who have been laid off or displaced in some way just hasn’t worked out.”

The Workforce Investment Act consolidated most job training programs when it was enacted in 1998. The act has since remained the primary legislation for employment and training programs. It is the latest in a series of laws that date back to the New Deal era.

“The worst thing is to have people fund the programs, and then at the end of the day, what they’re being trained for, there’s no jobs,” Boston University Prof. Fred Foulkes told InsideSources. “It’s a big problem because a lot of jobs are getting eliminated or changed with how technology is going.”

Tech and other emerging industries are in an increasing need for advanced skills and talents. Industry experts have argued a lack of needed skills among domestic workers is becoming a growing problem. Some industries have become increasingly reliant on high-skilled visas like the H-1B program.

“We don’t have the people, and we can’t get enough H1-B visas,” said Foulkes, who also serves as the director of the Human Resources Policy Institute at Boston University. “Life sciences can’t find enough people,  software companies can’t find enough people, and the type of people who are qualified, if they’re from outside the area, they have a real problem coming in.”

Foulkes adds the lack of needed skills is one factor pushing companies overseas. Silicon Valley in California has been at the forefront of the current technological renaissance. India and other countries across the globe are working to become the next major center for technology by promising companies skilled workers.

“When you offer training, mentorship, and things like that, it’s important to do it for jobs that actually exist and someone is hiring,” Foulkes said. “The best thing that can happen is a real partnership between employers who have jobs, community colleges to do some training, and the government.”

Some have argued employment training programs should be handled by the states. State policymakers have localized knowledge that may help them more effectively implement the programs. States have diverse economies that have their own shortfalls and labor market needs.

Edwards has researched and written about federal jobs training programs. He adds that the private-sector is already providing job training services. Coursera and other online education courses, for instance, have expanded access to programs for skills development.

The GAO more recently looked specifically at the Workforce Investment Act which encompasses most of the government programs. The report couldn’t even determine whether these programs worked at all. It recommended the department take additional steps to improve how state agencies report data.

“They pretty much find that these programs overall have very little effect on improving income or employment prospects,” said Muhlhausen, who studies the effectiveness of federal social programs. “When you just limit it to people who are displaced workers that are getting retrained for a new career, these programs often have a harmful impact.”

Congress is unlikely to enact any meaningful reforms anytime soon despite the renewed interest in helping workers adapt to a changing economy. Republican leaders have already taken on an ambitious agenda between healthcare and tax reform. Muhlhausen adds lawmakers also tend to reauthorize the programs without much thought over whether they work.

“Congress doesn’t really want to reform these programs,” Muhlhausen said. “They tinker around the edges, they change the name of the program, change how the funding streams operate, but the same services are being provided for the last several decades.”

Muhlhausen adds lawmakers will also be unlikely to tackle reform since they reauthorized the programs as recently as 2014. Some lawmakers have still been pushing to reform and improve the programs. Democratic Rep. Doris Matsui, D-Calif.,  introduced a bill March 16 that would provide training grants for workers displaced by automation.

Edwards adds it was just about a century ago when the country went from agriculture to industrial within about two decades. Individuals were able to adapt to the rapidly changing times by developing skills that emerging industries needed.