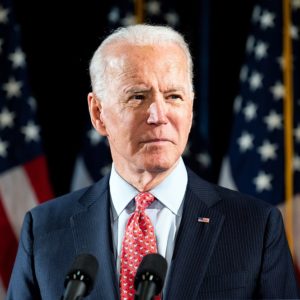 On Friday, officials with the Joe Biden transition team said the president-elect wants Congress to immediately cancel $10,000 of federal student loan debt per person, a plan he has promoted for months.

Transition adviser David Kamin also said one of Biden’s first acts as president will be directing the Department of Education to extend the existing moratorium on student loan payments, interest, and collections.

A taxpayer bailout of college debt is popular among progressives who’ve been pushing Biden to pay off all student loans. Rep. Ayanna Pressley (D-MA) joined a group of progressive House Democrats to introduce a resolution calling on Biden to cancel $50,000 in federal student loan debt for every borrower, and to do so using executive authority rather than waiting for Congress.

Even Biden’s more modest proposal would cost taxpayers about $370 billion, according to analysis from The Foundation for Research on Equal Opportunity (FREOPP). Pressley’s plan would cost about $1 trillion.

It’s possible a student loan bailout could be included in a budget reconciliation bill, which would allow it to evade the filibuster rules and pass the Senate with just 51 votes. If every Democrat backs it, it could pass. But would they?

Neither New Hampshire Democratic Senator has endorsed Biden’s plan, nor have they responded to repeated requests for comment from NHJournal. In the past, however, they’ve embraced targeted debt relief plans like breaks for college graduates who choose to take public service jobs. They’ve also backed legislation that would lower the interest rates for student debt.

But would they back a pure $50,000 taxpayer payoff? Or even $10,000? And if they do, how do they explain to the majority of Granite Staters, who don’t have college degrees or debt, that they are subsidizing their neighbor’s degree in art history or English lit?

The big political downside from backing student loan forgiveness is that “most of the benefits of the policy would accrue to upper income individuals,” as  Constantine Yannelis, Assistant Professor of Finance at the University of Chicago Booth School of Business, told NHJournal. He and Sylvain Catherine of the Wharton School of the University of Pennsylvania released a working paper showing that shifting student debt onto taxpayers would overwhelmingly benefit wealthier (and whiter) Americans.

“Households in the top 30 percent of the earnings distribution would receive almost half of all the dollars forgiven,” they wrote. “To put it even more starkly: Erasing all federal student debts would benefit the top 10 percent of earners just as much as the bottom 30 percent combined. Those calculations are for wiping away all debt, but forgiveness is even more regressive if it is limited to $10,000 or $50,000.”

Progressives, on the other hand, wholeheartedly embrace debt forgiveness, backing comprehensive plans that would wipe out most of the $1.55 trillion in federal student debt held by about 42 million Americans. Younger progressives in particular back this policy, and they played a key role in Hassan’s 2016 victory. During that campaign, she repeatedly pledged to “work toward the goal of debt-free public college for all.”

Now that President-elect Biden is pushing ahead with a real proposal, will Hassan keep her 2016 campaign pledge?