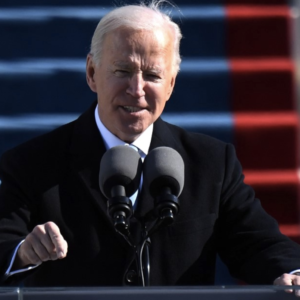 Biden’s Inaugural Address Gets a Bipartisan Thumbs Up in N.H.

Behind the pomp and parades of a presidential inauguration lie pure, political calculation. Barack Obama’s first inauguration was widely viewed as a political success, giving a boost to the early days of his presidency. Donald Trump’s dour “American Carnage” speech, greeted by massive protests in the streets of DC, was seen as a misstep.

So, how did Joe Biden do on his Inauguration Day? If veteran Democratic strategist Bob Shrum is a barometer, the new president didn’t just do well — he made history.

“It was incredibly moving, one of the great inaugural addresses of all time. It had so many grace notes. It really met the moment,” Shrum told InsideSources. “Not since JFK have I hard an inaugural address that was so extraordinary.”

Strong words from a consultant who’s worked on eight Democratic presidential campaigns, and who now serves as director of the USC Dornsife Center for the Political Future.

While other Democratic pros weren’t quite as enthusiastic, the consensus is President Biden had a good first day on the job.

“Today, newly-inaugurated President Biden took his first official steps to begin to heal our country,” said New Hampshire Democrat and former ambassador Terry Shumaker. “When he announced his candidacy, he pledged to restore the soul of our nation and never deviated from that message. His speech made me proud to be an American and supporter of his.”

Today, on this January day, my whole soul is in this:

And uniting our nation.

I ask every American to join me in this cause.

Not surprisingly Republican strategists weren’t as effusive in their praise. While many concede that Biden spoke well, they have serious questions about how he’ll actually govern.

“President Biden set out to deliver a speech of unity, inclusion, and set a tone that is one of calm. I think for the most part he achieved that,” said Michael Biundo of RightVoter, a senior advisor on Trump’s 2016 campaign. “The big test now is not what he said today but how he governs tomorrow and going forward. We have a very divided country and an evenly divided government. He needs to be the agent of healing if he is going to be successful.

“The jury is out on whether he’s up to that challenge,” Biundo said.

“No anger, no bizarre hyperbole, and no divisive rancor. It was Neosporin for a hurting nation. It gave us a chance – whether you agree with Biden’s politics or not – to attempt to move us forward at what can only be described as a challenging time for America.”

“For now it feels pretty good,” Griffin added. “At least until the executive orders start piling up!”

“At this crossroads in our nation’s history, President Joe Biden called on all of us to recommit to our shared values to build a stronger country where all Americans may thrive,” said Democratic U.S. Sen. Maggie Hassan. “As he reminded us, there is no challenge that Americans can’t conquer when we work together.”

And GOP Gov. Chris Sununu offered hopeful words. “This is an incredibly important and uncertain time for our country, where polarization and divisions run deep. I join the people of New Hampshire in rooting for the success of the United States of America under President Biden.”

Biden followed up his inaugural address with a proclamation formally declaring Wednesday a “National Day of Unity” — the same declaration Congress made on September 12, 2001 in the aftermath of the 9/11 terrorist attacks.

Republicans note that while Biden’s rhetoric may be calming, some of his earliest proposals are filled with controversy. Proposing an amnesty plan for undocumented immigrants, putting a $15 minimum wage in a COVID relief plan and killing the Keystone XL pipeline are actions certain to provoke heated GOP opposition.

Shrum believes Biden has the upper hand and his recommended strategy for Republicans is that they should get on board.

“Biden’s strategy is to use COVID-19 to create unity, bringing people together to fight the virus. He’s going to want more funds for distributing vaccines and more funds to help people in need.

“Republicans don’t want to get on the wrong side when it comes to getting COVID relief funds out to the American people,” Shrum said. “Just ask Senators Kelly Leffler and David Purdue.”

Republicans Leffler and Purdue were both defeated in the Georgia runoffs earlier this month.