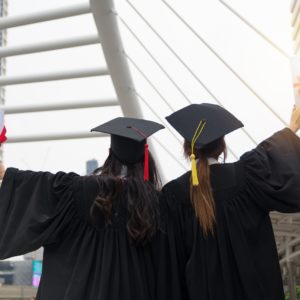 The ‘Big Man on Campus’ Soon to Be a Mere Shadow

Almost 18 million undergraduate students will roll back to our college campuses and, naturally, there will be news reports about enduring issues such as rising tuition, enrollment success or challenges, and the hot majors, as well as contemporary issues such as campus security, student safe spaces and where people go to the bathroom. What you will not likely read about is the under-enrollment by males in college today.

In 1970, males accounted for almost 60 percent of the proportion of full-time undergraduate students attending all colleges. Women have made a remarkable increase in attending college; whereby this fall 6 million women will attend undergrad full time — up from just over 2 million in 1970. Good for them!

However, the proportion of females to males has almost reversed. Not good!

Even when looking at subgroups such as part time versus full time, community colleges versus four-year colleges, and the types of colleges in the United States, the face of college students today is overwhelmingly female. In fact, looking at smaller private, nonprofit St. Elsewhere-type colleges, the proportion of females to males is about 70 percent to 30 percent.

But don’t males often defer college or have episodic starts and stops? Decades ago they did, as they often went into a trade or manufacturing type job or served in the military. But when you look at the enrollments in adult degree-completion programs, the female to male ratio becomes even more dramatic with the proportion of females at 80 percent.

The steady slide of males enrolling in college, as well as the predictions of the low proportion of males on college campuses in the future, has gone mostly unnoticed in society. The college recruitment books of “three (students) under a tree” will soon have the male as a mere shadow.

When discussed, the quick visceral reaction by female progressives, among others, is something such as “Tough. These privileged males are getting their come-uppance; it is our turn.”

Additionally, it is understandable not to expect concern over a male’s station in life with the steady beats of “this is the year of the women;”  “Let’s break the glass ceiling;” pay disparity; and there are not enough women working in (fill in the blank occupation).

Such a response in the long run, does not bode well for any of us. For what these males don’t have, they cannot give back — to women, to families, to the economy or to public discourse. Even worse, disaffected men in any community portends a range of social problems.

For example, men, especially young men, who do not feel a sense of purpose in a society will spend their days idle, or they may turn to crime. Matchmaking chatter of women “marrying down” in the long run is not cute or romantic. Women deserve strong, capable and resourceful partners, and raising a family is hard work. By nature, “being in the family way” takes two for a reason.

A serious discussion of this issue should in no way be disparaging of those who do not go to college — those young men who choose to do other things. However, the evidence shows this is not happening in large part. In the new “knowledge-based economy” male unemployment, underemployment and males simply not looking for a job is staggering. How males spend their days should be a concern for all of us.

Programs and staff espousing the need for diversity and inclusion on college campuses, oddly enough, have not reached the actual classroom. Enduring and contemporary topics ripe for students’ analytics and class discussion are tempered or flat when presented to a homogenous group. The “male perspective” (good, bad or indifferent) is fading in many classrooms in the academy.

What’s a college to do? To start, reaction needs to go well beyond boosting the sports programs or putting in “male dominated majors.” Males lagging academically starts early in most education settings. One well-recognized contributor by education scholars is by nature boys are about two years physically, socially and with some cognitive skills, behind girls. Therefore, we could delay the boys’ start time or do not hesitate to keep them back if they are not ready to advance a grade.

Oddly enough, while education experts invest much time and preprofessional teacher training to get an understanding of children’s learning styles, in practice male friendly pedagogy is generally not exercised with boys. Add to this the zero tolerance school policies and the barrage of “Johnny be good” expectations, and you do not have an environment conducive to a young boy’s learning. This does not mean we give young boys a pass for being “all boy,” when they do something wrong — quite the opposite. It does mean recognizing the time, space  and manner of how boys learn — that’s inclusion!

A less-than-endearing environment is developing on college campuses for young men. They arrive marked as a risk that needs to be managed, and consequently they have to participate in orientations, classroom discussions and co-curricular activities that tell them they are the wolf in sheep’s clothing.

Given these trends, there should be little worries over the Big Man on Campus, as he is becoming a mere shadow.