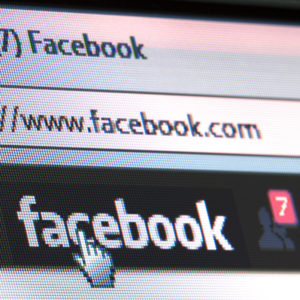 Amazon, Facebook and Microsoft all hired the same lobbying firm — Baker & McKenzie — sometime between January and April 2019 to lobby Congress on “issues related to digital services tax,” according to data collected by the Center for Responsive Politics. Apple also filed lobbying disclosure forms related to “international tax issues” around that same time.

One likely motivation for hiring Baker & McKenzie is to preempt any attempts by Congress to follow France’s lead in slapping Big Tech with a 3 percent digital services tax. Even as President Donald Trump threatens to retaliate against France with tariffs, law- and policymakers at the state and federal level are already laying the groundwork for a U.S. digital services tax.

“There has been some discussion in some corners (at the federal level) to levy a tax based on the value of the data companies collect from consumers,” Moylan told InsideSources. “Unlike France or some of these other European nations, they can claim there is some level of economic activity they are unable to tax and are attempting to. Given the tech backlash, there will probably be more [discussions]. There are definitely ongoing efforts to try to tap into the same sort of revenue stream that France has its eyes on here in the U.S.”

Some states are already exploring a digital services tax. The Los Angeles Times reported in May that California Gov. Gavin Newsom wants to tax tech companies every time they sell users’ personal data.

Consumers are spending more time online, but so are businesses: e-commerce continues to grow and companies increasingly rely on internet services like the cloud to do business. As the internet economy explodes, governments at home and abroad want a piece of the pie. Moylan thinks these trends are “overstated” because brick-and-mortar commerce is still bigger than e-commerce.

“Yes, there’s been an expansion in internet retail and states are trying to get their hands on that, [but] I think we have a tendency to overstate the development of these trends,” he said. “Internet commerce, while expanding, is still only 10 or 11 percent of retail in the U.S. I think people assume it’s 50-70 percent and that’s not the case. We also have new records being set in retail sales. Governments are overreacting because they overestimate the trend. It’s more an opportunistic thing that they see an opportunity to tap into new revenue streams. There’s not a tax bureaucrat alive that isn’t excited about a new revenue stream.”

The broader trend, according to Moylan, is an international economy shifting to accommodate an explosion of tech innovation. Many European countries don’t have tax or regulatory regimes favorable to tech companies, which is why the U.S. is a hub for innovation.

The Information Technology and Innovation Foundation (ITIF) called European digital services taxes a power “grab” and a “capricious attempt” to boost tax revenue in a May report. The ITIF argues “there is no economic reason to target a narrow group of internet companies,” because user-created content is what makes many internet companies, like social media platforms, valuable.

“Users create this value mostly for themselves and, to some extent, for friends and others in their network,” the report says. “In doing so, they largely fulfill their own desires. People want to post pictures of what they eat, descriptions of where they go, and their thoughts. Platforms let them do that for free on sophisticated, ever-evolving networks the companies add value to. Posting is consumption, not production.”

Because social media companies like Facebook and Twitter aren’t “producing” in the traditional sense, ITIF argues, it doesn’t make sense to tax their revenues. The conservative organization Americans for Tax Reform described it as an “outdated industrial policy outlook.”

“There’s an overlay to it that has nothing to do with tax policy that’s more a national economic question that’s driving some of this,” he said. “They understand that this industry does not exist in the same fashion in their backyard. Governments have sort of used the explosion of technology and the internet to expand their own tax dollars and try to figure out how to tap into new revenue streams.”

In an op-ed for The New York Times, Georgetown University Law Professor Lilian Faulhaber warned that other European countries may follow France’s lead, and questioned whether France’s attempt to tax American-based companies is even legal.

“They all seek to tax multinationals on revenue that countries believe they should have a right to tax, even if international tax rules do not grant them that right,” she wrote. “In other words, they all reflect a view that the international tax system has failed to keep up with changes in the economy.”

But Big Tech wants to nip those efforts in the bud before they take off — starting with the U.S.

“They may see the writing on the wall as others do,” Moylan said. “The same motivation driving France is driving some folks here in the U.S., to extract more dollars from large successful tech companies. There’s not bill text or a member of Congress actively promoting a specific solution to it as far as I know, but it’s certainly conceivable that there are discussions ongoing and not in the too distant future.”