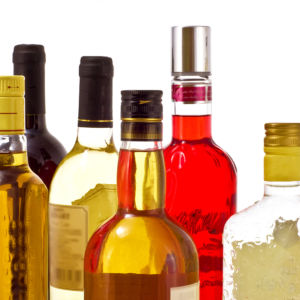 Alcohol is generally encountered in liquid form—after all, that’s why people go out for “drinks.” But a little over a year ago, entrepreneur Mark Phillips introduced a product that claimed to make having a margarita or glass of rum more portable by dehydrating the alcohol. The simple idea caused a flurry of hand-wringing from legislators who feared spiked drinks, underage drinking, and teens snorting the substance.

Before powdered alcohol, “Palcohol,” even hit shelves, more than two dozen states had banned the product. At a small subcommittee hearing on Monday, the Washington D.C. City Council considered joining their number and making an earlier temporary ban permanent.

Of the four witnesses present, no one spoke in defense of the product, and the ban on powdered alcohol was subjected to less debate than the question of whether grocery stores should be allowed to fill growlers of wine or beer.

Those speaking in favor of the powdered alcohol ban were not worried parents or citizens concerned about the safety of their streets. Instead, in a modern twist on the bootleggers and Baptists trope, area restaurant and alcohol wholesalers sent representatives to the subcommittee meeting.

“The sale of such [powdered alcohol] substances by off-premise retailers undermines the ability of on-premise venues to maintain the consistent prevention of sale of alcohol to underage patrons,” said Mark Lee, executive director of the D.C. Nightlife Hospitality Association, who recommended approval of the powdered alcohol ban.

He was echoed by Paul Pascal, general counsel of the DC Association of Beverage Alcohol Wholesalers, who explained that the DCBAW supported “laws designed to protect the public from counterfeit alcoholic beverages.”

“Alcoholic beverages that are deliberately and intentionally mislabeled or tampered with present a serious public health risk and must be addressed immediately,” he continued.

While he spoke of the need to “recognize the hazards” of a product that he claimed one lawmaker had likened to “Kool-Aid for underage drinking,” Pascal did not elaborate on the risks consumers faced without a powdered alcohol ban.

The bill is a preemptive measure, banning a product that has gained FDA approval, but not been formally put on the market.

But does Palcohol live up to the hype?

When the product was first released last year, journalists from several different publications put their livers on the line and produced their own versions of Palcohol by dissolving high proof liquor in a food safe maltodextrin powder. (Although technically legal in most states, the product is not yet for sale in any states. Instead, the Palcohol company is selling the manufacturing process in an online auction set to begin on January 1, 2017.)

The intrepid reporters found that when manufactured in the strength specified in Palcohol’s promotional materials, powdered alcohol is unlikely to get you drunker any more quickly than drinking liquor straight. And in fact, because of alcohol’s quick evaporation rate, the bootleg powder lost its potency quickly when left uncovered. When it came in contact with water, the powder quickly attained the rough consistency of glue, making it both difficult to slip into a drink unnoticed, and next to impossible to snort.

Over a year later, it’s impossible to point to any arrests for underage drinking or drunk driving as a result of powdered alcohol. Much of this is due to the speed with which most states passed bans on it.

This makes the passage of laws like the one in Washington all the stranger. While billed as a coming public health crisis, it is perhaps more accurate to see the legislation as a move by industry groups to prevent a potential competitor from entering the market.

Does the principle of no harm, no foul apply here?