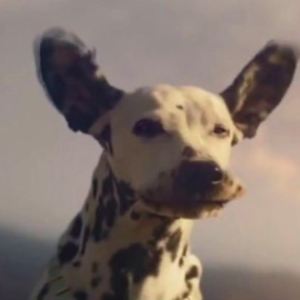 Is Budweiser Really the ‘Beer Brewed With Wind?’ Not Exactly.

Forget barley and hops–Budweiser wants Americans to know that it brews with wind. “The answer is blowing in the wind,” Bob Dylan croons in the commercial that AdWeek reports was the most-watched ad of Super Bowl LII. Featuring Alice the Dalmatian, ears flapping in the breeze as she rides atop a beer wagon pulled by their iconic Clydesdales, the ad was meant to highlight how Budweiser is “brewing with wind for a better tomorrow.”

But is it true?  Is Budweiser really made with 100 percent wind power?

“I doubt that Budweiser is being honest in their claim it uses 100 percent wind energy to brew its beer, the more likely case being it buys carbon offsets to assuage their very Belgian guilt,” Daniel Turner, executive director of Power the Future, tells InsideSources. He points out that, even if the brewery itself runs on all renewable electricity, “the harvesting of grains, shipping, transportation, and even the glass bottles and labels are very much dependent on fossil fuels.”

In its ad, Budweiser is very careful with its words.  “Renewable energy from electricity is one type of energy we use to brew,” reads the bottom text which switches to the boilerplate warning about drinking responsibly as the ad ends.

Anheuser-Busch InBev, the Belgian brewer that produces Budweiser, announced in March, 2017 that by 2025 all of the electricity it purchases will come from renewable sources, which they believe will reduce the company’s carbon footprint by 30 percent. The company has even launched a new logo to better promote its “100 percent renewable” status. Granted, this is a complicated claim, since Anheuser-Busch brews in 12 breweries in the United States and nearly 20 others abroad.

In the U.S., Budweiser is cutting out the middleman, sourcing its power from the Thunder Ranch wind farm in Oklahoma. Later this year the company plans to sign a smaller deal to get 490 gigawatt hours annually from a wind farm in Mexico. This will make American Budweiser the first beer produced by the company to rely solely on wind power. But what does that actually mean?

“This is a ‘virtual’ purchase power agreement (PPA) with Enel Green Power for energy produced by the Thunder Ranch wind farm in Oklahoma which commenced delivery on Jan 1, 2018…” the company states. “Through this agreement, we purchase enough renewable electricity delivered to the grid as is used to brew more than 20 billion 12 oz servings of beer each year.”

The careful language implies that Budweiser is buying energy credits, rather than the power itself. This allows the brewer to maintain a consistent supply of electricity even on days with uncooperative weather.

On its website, Anheuser-Busch admits that brewing beer requires both heat and electricity, explaining that “nearly one third of our brewing comes from electricity, while the rest comes from heat.” The company further estimates that to brew in its eight largest markets requires 347.583 MWh  per year.

Meanwhile, the heat that Budweiser needs comes from more conventional sources, including natural gas. The company explains that it it working to transition to “low carbon sources” including biogas and landfill gas, but does not include information on its website as to how close it has gotten.

If Anheuser-Busch can fulfill its commitments, it will be the largest corporate direct purchaser of renewable electricity for the global consumer goods sector. In the meantime, much of its power will come from conventional generation sources. After all, once electricity enters the grid, wind and solar power are indistinguishable from power generated by coal and natural gas.

At the end of the day, it’s still just an ad to sell beer. Sales of domestic premium beers, including Budweiser and Bud Lite, declined by 4.2 percent last year, while classic Budweiser fell behind Miller Lite to become the country’s No. 3 favorite beer. Maybe highlighting renewable energy will help them make up for lost ground.