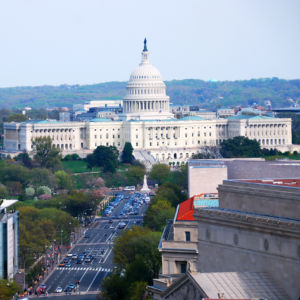 The business community called on congressional Republicans Wednesday to roll back a rule which was greatly expanded during the last administration.

Former President Barack Obama made major changes to labor law during his time in office. Business leaders expressed particular concern over what is known as the joint-employer standard. The standard determines whether an employer is legally responsible for the employees of a company it contracts with.

Employers take on a lot of legal burdens and costs when they become joint-employers. Republicans are looking to address those concerns with legislation that better clarifies how the standard is determined. The Coalition to Save Local Businesses (CSLB) urged lawmakers to pass the bill following a congressional hearing Wednesday.

“Each hearing this Committee holds teaches us more about the consequences of the expanded joint employer standard,” CSLB Executive Director Michael Layman said in a statement provided to InsideSources. “The Save Local Business Act strikes the right balance between protecting local businesses and employees and providing them with as much clarity and certainty as possible.”

The CSLB has been at the forefront of opposing the expanded standard. The coalition has launched media campaigns and worked with lawmakers hoping to reverse the update. The International Franchise Association (IFA) has led the coalition alongside other industry groups.

“Local franchise business owners nationwide are feeling the effects of this ambiguous new rule, and they deserve the clarity and certainty the federal government could provide,” IFA public affairs vice president Matt Haller said in a statement provided to InsideSources. “We look forward to continued action in the days ahead.”

The IFA also had a chance to discuss the proposed bill with members Tuesday during a conference in Washington D.C. The Franchise Action Network Annual Meeting included educational events and speeches from industry leaders. IFA members were able to discuss the joint-employer bill will lawmakers.

“The impact of the NLRB’s dramatic expansion of joint employment liability on restaurants and other small businesses is extensive,” Cicely Simpson, executive vice president of the National Restaurant Association, said in a statement provided to InsideSources. “It results in higher operational and legal costs and fewer opportunities to create jobs.”

The National Labor Relations Board (NLRB) changed the joint-employer standard by altering how it ruled on related cases. The joint-employment standard is determined based on how much control one employer exerts over the employees of another company.

Those opposed to the new standard have argued it is simply too vague. It could potentially impact any group of businesses that contract together. Franchises were of particular concern since their business model relies on large corporations contracting with many small businesses.

“The NLRB’s 2015 ‘joint employer’ decision would disrupt hundreds of thousands of business operations throughout the country and threaten the ability of hardworking Americans to achieve the American dream of owning their own business,” Associated Builders and Contractors President Mike Bellaman said in a statement provided to InsideSources. “We support the Save Local Business Act and urge a swift vote in the committee to pass it.”

The NLRB decision drew considerable attention because the change was significant. But it also highlighted what critics saw as a bigger problem with the law itself being unclear. Over the years, the law has caused a patchwork of legal interpretations from courts and federal agencies.

Business leaders and industry groups have opposed the updated standard in other ways as well. The National Restaurant Association has filed several legal briefs during key joint-employment cases. The U.S. Chamber of Commerce has issued reports highlighting why the updated standard is dangerous for businesses.

The NLRB revisited the joint-employment standard during a handful of labor dispute cases in recent years. The Browning-Ferris Industries case set the precedent for the new standard when it was decided in 2015. The Department of Labor further solidified the change by issuing its own informal guidance.

President Donald Trump has already begun the process of rolling back changes brought about by the last administration. Labor Secretary Alexander Acosta announced that the department would be withdrawing from its earlier informal guidance on the updated standard.