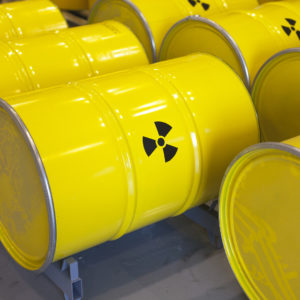 The U.S. Department of Defense was asked by a business group Monday to reveal the locations of chemical and radioactive dump sites in the Atlantic.

The South Carolina Small Business Chamber of Commerce (SCSBCC) is seeking information regarding munition dumps that allegedly contained conventional, chemical, and radioactive weapons and materials. A Freedom of Information Act (FOIA) request was filed by the group Monday.

The Defense Department published a report which examined the issue back in 2009. The report found that sea disposal was considered one of the safest alternatives available to dispose munitions prior to the 1970s. It identified the general locations of 33 munition dump sites in the Atlantic.

“For over 60 years our country has used the Atlantic Ocean as a trash can for all kinds of toxic materials,” SCSBCC President Frank Knapp Jr. said in a statement provided to InsideSources. “That report indicates that over 17,000 tons of munitions with highly toxic materials have been dumped along the Atlantic Coast.”

The SCSBCC is specifically requesting information on exact locations, types of toxic materials, containers used, the weight of deposits, and dates of the dumps. The group fears that without enough information those sites could be disturbed – resulting in toxic materials being released.

The Atlantic became a dumping ground for radioactive waste many decades ago. The Atomic Energy Commission, a now-defunct agency, approved the dumping of radioactive waste in 55-gallon drums in the ocean back in the 1950s. Congress has since examined the issue on a number of occasions including an investigation during the 1980s, as reported by The Washington Post at the time.

The SCSBCC notes the information would allow for mitigation strategies to prevent the disturbance of toxic material dump sites should federal agencies approve seismic surveys to explore oil and gas deposits. The Defense Department revealed five toxic waste sites off the South Carolina coast in its report from 2009.

The report found that those deposits include the chemical warfare weapons materials for lewisite, mustard gas, sarin, and arsenic. The FOIA requests were also sent to the Nuclear Regulatory Commission and the U.S. Department of Commerce.