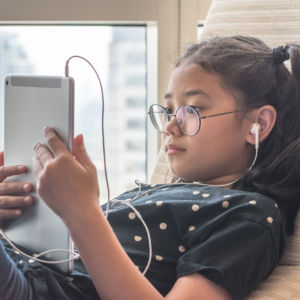 Can Virtual Charter Schools Fill a Need in Georgia?

Debate on whether Georgia should limit new charter schools in a bid to improve quality or whether the state authorizer should be more open to increase choice continues to simmer even as students are home for summer break.

Charter school growth has been a political hot topic in Georgia for more than a decade. After reaching a high-water mark in the 2015-2016 school year, the number of charter schools has declined 4% from 115 to 110. Total student population has declined 18% from nearly 91,000 enrolled students in 2016 to just under 75,000 last academic year. Despite the negative trend in total state-authorized charter schools, demand continues to be high. More than 15,000 students are on waitlists to access a charter school and more than 5% of student-aged population is already utilizing the option.

The Georgia State Charter Schools Commission is nearing the end of its annual petitions cycle for new start-up charter schools. The commission is reviewing 19 petitions, and has been receiving recommendations from an interview panel on final decisions that will be made at the end of this month. The panel recently recommended rejecting a petition from Destinations Career Academy, an online-career readiness program that would be the second largest public school in the state if the commission overrides the recommendation.

Online schools — like Destinations Career Academy — can fill an important void in pre-college education, said Jeff Kwitowski, a spokesman for the school’s operator, K12, noting that virtual schools can expand access to charter schools, especially in areas where parents have few choices.

“The laws allowing charter schools don’t benefit parents unless there are actual charter schools,” Kwitowski said, adding that the primary reasons families choose charters over traditional schools is not academic but rather environment.

“Parents say they live in a great school district academically, but their kid is being bullied or ostracized or there’s negative socialization,” he said.

According to the report, full-time virtual school students wind up with 180 fewer days learning math and 72 fewer days learning reading compared with those enrolled in traditional public schools. They also tend to perform worse than peers overall. Drilling down into subgroups reveals further weaknesses with the report noting that “all subgroups … have weaker academic growth.”

“If traditional public schools were producing such results, we would rightly be outraged,” the report’s introduction states.

“We support virtual schools, we support brick and mortar schools,” said commission spokeswoman Lauren Holcomb. “We want lots of great, quality charter school options for families. We look at schools individually and ask, ‘Is this school getting good results for students?’”

That is the overarching question. And it begs the question: How do you define good results?

Beth McCamy, a parent-leader for the National Coalition for Public School Options, believes that virtual schools have been good options for her children.

“We need to expand how we look at student progress,” she said. “Schools should do what is best for the child and not what is best to meet a test score.”

McCamy’s children have attended a mix of traditional, brick-and-mortar charters, and virtual online schools. While virtual school requires students to be disciplined enough to work on their own, she believes it’s a good option for students who can be easily distracted by other students or who struggle to meet traditional school requirements.

Her oldest excelled in a virtual classroom, although McCamy acknowledged that he has “demanding parents.” Still, she found the that teachers focused more on content than on ensuring students could make the grade for standardized assessments. Virtual schools can focus on the intangibles that traditional classrooms may struggle to teach.

“Compared to families I know in public schools, our kids have had more homework and more writing assignments,” she said. “We feel our oldest is more prepared for college. He’s more prepared to be responsible.”