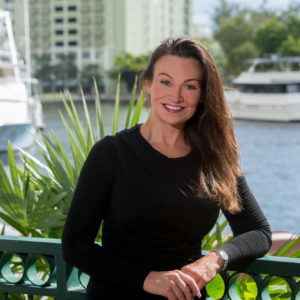 Nikkig Fried, candidate for the Democratic nomination for Agriculture Secretary of Florida
News

Medical marijuana was first legalized more than 20 years ago, starting a trend that has only accelerated in recent years. Despite the growth of the legal cannabis industry after states like Colorado and California voted to legalize recreational use of the drug, accessing financing has remained a troublesome problem. Again and again, cannabis business owners describe the difficulties–and sometimes physical risks–they encounter as a result of federal banking laws which prevent them from opening traditional bank accounts. Previously, these worries had been largely contained within the cannabis industry. However, these concerns became more of a reality after news broke this week that Wells Fargo had closed the accounts of a candidate for state office, solely because she had accepted donations from legal cannabis companies. Executives of legal cannabis firms say that this arrest only highlights the need for federal action in legal cannabis banking.

Earlier this week, Forbes reported that Wells Fargo had fired Nikki Fried, a candidate for Florida agriculture commissioner, as a client because of connections between her campaign and the legal cannabis industry. Florida allows limited use of medical marijuana and certain jurisdictions, including the city of Orlando, have opted to make marijuana possession a ticketable, rather than criminal, offense. Fried says that she opened a campaign account with Wells Fargo in June.

“They told me my account was being flagged because of my political platform,” Fried said during a news conference on Monday.

For Fried, Wells Fargo’s action seems like a reproach on her political stances. For many cannabis businesses, it seems more like business as usual. Wells Fargo’s move draws greater attention to what has been a reality for the industry for some time: It is very difficult to access even basic banking services like checking and savings accounts, while working in the cannabis sphere.

“As an industry, we’ve become accustomed to the lack of banking but it’s truly disheartening to learn that politicians are coming into banks’ cross-hairs while they’re campaigning on cannabis issues,” says Mitch Britten, CEO of Thrive Cannabis Marketplace, a legal dispensary in Nevada, who adds that he hopes that the banking status of cannabis will be given another look as a result of Fried’s experience.

Fried’s experience is highly unusual for a political candidate, but happens all too often to businesses operating in the legal gray zone of cannabis.

“Many large financial institutions have wrongfully closed out accounts of individuals who are in the legal cannabis industry or simply trade in cannabis public stocks,” says Robert Fireman, CEO of MariMed, a company providing business processing solutions to cannabis firms. “In the case of Nikki Fried, Wells Fargo has closed her accounts for simply advocating her position on legislation. Polling shows the majority of Americans support pro cannabis legislation and believe that cannabis provides medical relief. It is time for our financial institutions to get in line with their customer’s views. How would they like it if their customers boycotted their bank?”

Fireman’s question exposes a tension in the industry. Voters have repeatedly voted to loosen restrictions on the sale and use of marijuana–be it for recreational or medical reasons. At the same time, although they may be legal under state law, businesses selling medical marijuana or legal recreation cannabis are still illegal under federal law. For this reason, most major banks have been loathe to offer them banking services. For the industry, this has both hampered growth, by making standard services like savings accounts and loans more difficult to access, and indirectly threatened the safety of businesses, by pushing them to operate in cash transactions, which increases their risk of violent robbery.

The difficulty legal cannabis encounters trying to access banking services also shows how it is treated differently than other industries operating in a state-by-state legal status.

“In what other state legal sector does an industry have to continue to face such adversities in defending their political stance?” asks Dustin Iannotti. co-founder and COO of Artisans on Fire, a marketing firm specializing in companies which operate in the “grey areas” such as gambling and legal cannabis. Iannotti added that, as long as there were legal barriers to cannabis businesses donating money to political advocacy, proper cannabis regulation would remain “a mockery.”