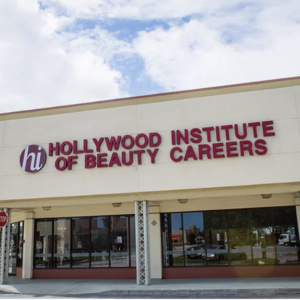 Career Colleges Offer Ed Options; Why Are They Under Regulatory Fire?

Every year, approximately 5 million Americans enroll in some form of higher education, around 80 percent of them full-time.

Most choose traditional four-year colleges, many choose a local community college, and some choose a “career college” or for-profit school.

All three have a problem: Too many of those enrollees are dropping out before finishing their education.

According to a comprehensive 2014 study entitled “The Four-Year Myth,” only 28 percent of students graduated with an associate’s degree in three years, and only 19 percent of full-time students at non-flagship schools earned their bachelor’s degrees within four years. Even at flagship and research schools, just 36 percent were graduating on time.

And data compiled by the Chronicle of Higher Education show Western Dakota Technical College, a community college in Rapid City, S.D., has an on-time graduation rate for its two-year degrees of 0.0 percent.

Among career colleges, rates vary wildly because the schools are so different. Some, like Berkeley College, offer a broad spectrum of training while others, like Hollywood Institute of Beauty Careers, offer targeted coursework for a specific career.

Only one of these educational choices, however, is currently under fire: Career colleges.

A debate over these for-profit schools, many of them small, family-owned businesses, is going on right now in Washington. The Department of Education is currently holding the public comment period as part of what’s known as the “negotiated rule-making process.” This allows education stakeholders to come together to help regulate their industry – in this case, student loans and financial aid.

David Halperin, a self-employed lawyer who launched a website attacking career colleges, for example, wants the Biden administration to put additional restrictions on these schools, such as “proving their value” to federal regulators.

“Requiring for-profit schools to prove their value would be of enormous benefit to taxpayers who would see far less money misused,” Halperin said last week. “It would benefit quality career schools by moving more resources away from bad schools.”

The career colleges note traditional schools have their own problems (remember Western Dakota Tech?). And, they argue, the fact students choose to attend them — often writing checks out of their own pocket — proves their value. Not to mention the thousands who use these educations to go directly to good-paying jobs.

“I do not understand why anybody would want to limit student choice,” said Aaron Shenck, executive director of the Mid-Atlantic Association of Career Schools. “Many students choose private career schools because they know they will be educated in a very specific career and have a strong likelihood of both graduating and getting placed in a job in their field of study. The data show a vast majority of private career schools excel at graduation rates, job placement rates, and other outcomes.”

Stephen Patterson, executive director of the Veterans Education Project, says career colleges have turned out to be a good fit for many veterans. “Typical student veterans, they’re older, they have families and kids. And the training that they received and how we get trained in the military is a lot more similar to the accelerated program that you find at a career college.”

On the other end of the spectrum are students who have very little structure and find a traditional college just isn’t a good fit for them, says Neal Heller, president and CEO of the Hollywood Institute of Beauty Careers.

“Our students are often someone who has tried community college, someone who has had very little academic success. They often come from single-parent homes. Many just aren’t equipped to go to college, they need more assistance. They need smaller classrooms.

“Sure, they can go to Broward Community College or Miami Dade where they’re one of almost 100,000 students. They’re just not going to do well there, so they come to us.”

Heller notes many for-profit schools have national accreditation, which places standards on their businesses. “We have to have a 60 percent replacement rate and a 70 percent licensure rate. So this ’25 percent graduation rate’ – that couldn’t happen for us.”

And even if you dislike pro-profit colleges and think attending them is a mistake, why would you want to take away that choice, or treat students differently who make that choice, advocates ask.

That would be a real problem for military veteran students, Patterson said.

“Veterans want their benefits to be recognized as something they earned, not an entitlement, and they want it to be treated as such. For that reason, I think they feel like where to go to school and how to use those benefits should be up to them.

“It would be strange to tell them, ‘Hey, that money that you earned – you’re only allowed to spend it in certain places.’”

Advocates of career colleges acknowledge there have been problems in the past with individual companies. But they reject attacks on the entire industry over the actions of a few players.

“Our sector has had several examples of ‘bad apples’ in the bunch and our critics constantly use these examples to paint with a broad brush against the sector, while ignoring the countless numbers of ‘good apples’ who operate daily with tremendous success,” Shenck said. “There are many examples of public and independent colleges with examples of significant malfeasance, but it would be foolish to paint all of these institutions with a broad brush. Just as foolish as doing the same to private career schools.”

Unfortunately, career college officials say, the Biden administration appears set on punishing their schools. Will they proceed? And if they do, what will happen to the veterans, the working parents, and the other non-traditional students currently using these services?

“All we want is for all the schools to be treated the same,” Patterson said.