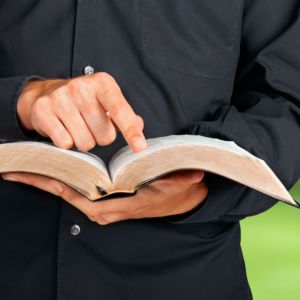 The Roman Catholic Archdiocese of New York announced Monday that it would shutter five schools at the end of the academic year, and drastically reduce the operations of a sixth.

A press release issued by the Office of the Superintendent of Schools of the Archdiocese of New York cited declining enrollment and financial stressors as reasons for the decision.

The Archdiocese oversees one of the largest and most visible Catholic school systems in the country, with nearly 70,000 students in 215 schools. In addition to its large presence in three of New York City’s boroughs—Staten Island, Manhattan and the Bronx—the Archdiocese operates schools in the upper counties, as far north as Kingston, halfway to Albany.

All but one of the schools affected by the latest round of closings are in the Bronx or Manhattan. The Archdiocese said every affected student will be “guaranteed a seat” in another school in the system.

Catholic school systems are facing a confluence of structural problems nationally, said Joe McTighe, the director of the Council for American Private Education. His organization, which is based in Germantown, Md., represents a coalition of private school interests and promotes school choice.

In big cities, many Catholic schools date back to the late 19th century or early 20th century, when waves immigrants from Catholic countries like Ireland and Italy supported their efforts. In many cases those original school-buildings are in dire need of renovations and refurbishments.

In many places the descendants of those white Catholic immigrant families have moved to the suburbs, and McTighe said the Church has struggled at times to open in new locations that mirror those demographic movements.

In the inner city schools that have been left behind, the systems have had to adapt and enroll non-Catholics willing to pay tuition. In New York, 23 percent of the archdiocese’s students are non-Catholic.

Though the urban schools in particular have also become more racially diverse—the majority of students in the New York system are of a racial minority—McTighe suggested the Church could do more outreach in Hispanic communities, which is the fastest growing Catholic demographic nationally.

A 2016 Boston College report, Catholic Schools in an Increasingly Hispanic Church, explained why the Church has struggled to tap into the Hispanic and Spanish-speaking community, and how it could improve.

Another problem, said McTighe, is staffing expenses. Where parishes have traditionally relied on members of religious orders to teach students, the number of people taking vows “has dwindled dramatically.”

A smaller pool of educators has forced Catholic systems to hire laypersons on the competitive open market, further driving up costs and tuition.

Furthermore, the rise of charter schools has drawn tens of thousands of students away from New York’s Catholic schools alone, according to some estimates. Charter schools, while still public, are seen as a cost-free alternative to the traditional school system, making them attractive to some of the lower-income families the religious schools serve.

The charter movement’s impact on Catholic school systems has been reported in other states as well, and in some cases the Church has closed a school and then rented the building to the charter replacing it.

As a result, many Catholic schools are dealing with enrollment struggles and higher tuition fees that cause a “vicious cycle” where more students leave and costs are driven even higher.

“Before you know it,” said McTighe, “there is a total collapse because of a mass exodus” from the system.

Despite these struggles, McTighe argues the schools are academically sound. With the major caveat that Catholic school student bodies can be selective or are at least self-selected, those students tend to perform as well or better than their public school counterparts at a lower cost to the institution.

The Federation of Catholic Teachers, a branch of the AFL-CIO and the teacher’s union that represents almost all of the system’s 2,700 staff, came out against the New York Archdiocese’s decision to downsize.

Julia Pignataro, the union president, said in an interview that she was not consulted by the administration and that the decision came as “a shock.” She expressed concern for the 76 teachers and “hundreds” of students the closings will impact.

She said the first waves of cuts in 2011 and 2013, and regional consolidation of the system, were meant to ensure the long-term viability of the archdiocese’s schools. But, Monday’s news, she said, is proof that the Archdiocese still does not have its house in order.

Many of the schools, particularly in the Bronx, service economically downtrodden areas. Those schools are “havens” for their students, said Pignataro, and nearly all of the teachers are “certified catechists” spreading the faith to those communities.

She said the Church is wrong to cut services to young people in the Bronx and other areas, in part because she worries their presence will be missed in the pews in the coming decades.

Though officials at the Archdiocese were unavailable to grant an immediate interview, local reports suggest that tenured teachers will keep their jobs, while the status of untenured teachers at the affected schools is uncertain.

Vouchers to the Rescue?

Despite its struggles, the New York system does not appear to be in imminent free-fall yet, and the greater Catholic Church is not expected to go bankrupt anytime soon. However, the third announcement of school closings this decade doesn’t bode well for the system’s future.

A possible light at the end of the tunnel for Catholic school systems has taken the form of an emboldened “school choice” movement that recently saw the elevation of its champion, U.S. Education Secretary Betsy DeVos.

While McTighe, who supports DeVos, recognizes that choice policies are most likely to originate at the state and local levels, he suggested that such initiatives could help beleaguered Catholic schools.

McTighe argued that wealthy parents regularly exercise choice when choosing whether to buy a home in one district or another, or in weighing private options. “Not a lot of people are opposed to it when it comes to their own children,” he said.

He added the federal government has long had school choice programs in place at the higher education level—including offering federal loans to students attending religious institutions—and “nobody has a problem with that.”