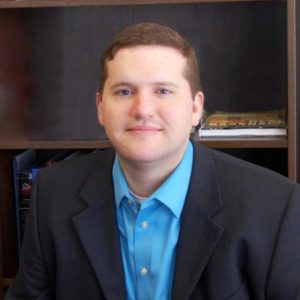 InsideSources continues its series of interviews with leading policy professionals in the nation’s capital. We’re speaking with the leaders of think tanks, trade associations, and advocacy organizations, along with government officials, to learn more about their work and their interests outside of politics.

In this installment, we interview Chris Minnich, the executive director of the Council of Chief State School Officers, or CCSSO. Previously, Minnich worked on education issues in state government, and for a major education publisher. In the late 2000’s and early 2010’s, he played a key role in the development and implementation of the Common Core State Standards. Today, as the leader of the CCSSO, Minnich, and the members he represents, are among the most prominent voices shaping education policy in Washington and throughout the nation.

InsideSources recently spoke with Minnich in his Washington, D.C. office at the CCSSO headquarters a block away from Union Station. The following interview has been edited for brevity and clarity.

InsideSources: You represent state officials from all over the country, many of them elected, and many of them come from across the ideological spectrum. How do you balance the challenges that come with that arrangement, and what are some of the issues that unify your members?

Chris Minnich: Well, it’s getting more and more difficult. You see the polarization in our politics, and it reflects in all parts of our lives. Trying to bring people together around a common message and a common vision, I think, is increasingly difficult. But, one thing that really does unify our membership, is that all of these folks come into the job thinking that they can do something better for the kids in their state. There are also some issues that are universal around supporting teachers, supporting kids, and making sure that the communities are engaged in these conversations. So there is this set of things that we can do that really are universal across our membership—whether it’s Republicans or Democrats—things like raising expectations for kids, or state freedom on being able to implement Every Student Succeeds Act plans. And I think it is important to understand that you’re not always going to have everyone in the exact same place, but you need to figure out what your organization stands for, and in our case, we’re very focused on policies that help children. And that’s the bottom line for us. If we think there is something that is good for kids, and most of our members feel that way, we’re going to go in that direction.

InsideSources: You spent a lot of time working on Common Core, which remains popular among many education policy wonks. On the other hand, the grassroots backlash from some quarters has been intense. How do you and your members go about balancing what is right for the education system with what you hear from people on the ground?

Minnich: The key for our members is to line up those two things: the public reaction and the grass-tops with the direction that we think is good for the country. In reflecting on our process around the standards, I think we could have done a better job of engaging local communities in the conversation. I think we were moving quickly, we wanted to get through that process, so I think we learned some things. And I think you see some of that happening with ESSA now—the implementation of the law—that states are engaging their communities in a way that I had not seen. They are out doing town hall meetings and engaging in conversations. I think a similar process around the standards could have aligned these interests.

I totally agree that we needed to raise standards across the country. We had too many states that were—and still are, in some places—graduating kids that aren’t ready for what’s next in life. So we needed to raise the standards, and I’m really glad we did, but that’s necessary and not entirely sufficient. Now the question is: can we get kids to these expectations? I think that’s a really important question over the next five to seven years. We should start seeing performance improve around these standards. I’m just really glad we got the baseline expectations in place—no matter what they call them. Now we just have to hold the line and start hitting them.

InsideSources: Now turning to you. Can you tell me a little bit about your background, and where your career path took you?

Minnich: I grew up in Towson, Maryland until I was 10. At the time, my dad was running the Department of Human Services in the state government. Then he got the same job in Salem, Oregon. So when I was in 5th grade, I moved from Towson, Maryland to Salem, Oregon—which is about as far as you can move within the country. I ended up being behind in mathematics. I was totally out of my element. It was the first time I had faced a real challenge in school. That was something that shaped my vision of how mobile our society is, and that we’re not being fair to kids if we don’t have at least similar expectations across states.

I graduated high school in Salem and then went to the University of Washington in Seattle. I really didn’t know what I wanted to do. I got a political science degree thinking maybe I was going to be an attorney. I returned and lived in my mom’s house after I graduated. My mom—in good mom fashion—said ‘you need to get a job.’ So I temped at the Oregon Department of Education. I found myself very passionate about getting information into the hands of parents and kids—about how they were doing.  In part, I think it was because I felt I hadn’t been prepared as well for college and what came after as I could have been. I eventually got a job helping roll out the online assessment there in 2001 or 2002—and they were the first state to go in that direction, by far. So I got to learn a lot about testing.

Later, I went to Harcourt, (now known as Pearson), and lived in San Antonio, where I met my wife. Then nine years ago, we moved here, because she wanted to work for a member of Congress. I didn’t quite know what I wanted to do, but I knew I was in education, and I happened to know somebody here.

InsideSources: What do you when you’re not working?

Minnich: I am very focused on what my kids do. My five year old is learning to play golf, which is fun to watch. He is going to Kindergarten in the fall, so very excited about that. Having kids changed what I would do. One thing my wife and I are very passionate about is weather. So for our honeymoon we went tornado chasing. We went on this tour with a meteorologist, and that was a lot of fun. We got to see big thunderstorms—obviously no one got hurt, which is good. We like to travel. Sometimes we’ll just drive to somewhere we haven’t been before. But once you have kids—I have a five and an almost two-year-old—they are the center of our lives now. Its interesting to watch and figure out how to show them that they can change the world as well.

InsideSources: Did you catch any tornados?

Minnich: We ended up seeing one. It was a really small one. But the more impressive thing was these big thunderstorms we were around. Lots of lightning and rotating clouds. It was awesome. We’ve been twice: for our honeymoon and one other time. But that’s something we are passionate about—how those things form and why the weather is the way it is. It was fun. You have to be willing to sit for long periods of time, though. I think my wife and I were talking about doing it again next year, so we’ll see.

InsideSources: What are you reading right now?

Minnich: “The Advantage” by Patrick Lencioni. It’s an organizational book about how you create culture in your organization, and how you get other people to lead in your organization. I’m very passionate about giving people space to become really big leaders here. I think that one of the underrated things leaders do is create culture. People think that the best leaders are the ones who come up with the best ideas. I think the best leaders are the ones that create other leaders—that create the space for people to lead. We have great people all over the place here. I don’t have to do a ton of stuff other than make sure that they are in positions to succeed.

InsideSources: Any other important mentors, or writers, or thinkers, that have had a formative impact on you?

Minnich: Gene Wilhoit, who was the previous executive director, was someone that I admire and was almost a father-figure to me. He showed me what it was to be a leader of this organization—and he did it in a way that showed such class. I can only hope to do it in the same way that he did. So he’s a big one for me.

Other leaders I admire—in our current political system—I really admire the way Senator Lamar Alexander, R-Tenn., and Senator Patty Murray, D-Wash., got the current education law done. I think that those two are what politics should be about, in terms of talking to each other. They disagree in ways that create new opportunities, they actually compromise with each other, sometimes. People like that, I really admire.

Then obviously my mom and my dad. My dad on my professional side, my mom on my personal side. My dad was such a hard-worker, and someone who cared about people. He was in welfare reform, in the mid-90’s when Clinton and those people did welfare reform. And he believed in the human spirit. He believed that if you gave people that safety net, if you gave people those opportunities, they would take them and go with them. I think that’s where I got my passion about helping people and giving them opportunity. Nothing gets me more fired up than seeing someone take an opportunity—and that comes from my dad.

With my mom, I think she has made me a great dad—or a better dad. I think parenting is a consistent set of failures and attempts to get better. But I do think my mom has helped me understand patience and understand that everybody doesn’t always have to be happy, but you have to at least understand where people are coming from. That was her contribution. So both my mom and my dad were really good parents.