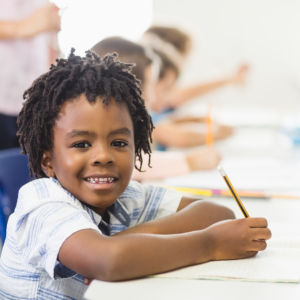 Charter School Popularity Takes a Hit, According to Polling

Overall support for public charter schools has dropped significantly since last year, according to recently released polling data. Though their enrollment numbers continue to grow, the rate of new charter school openings has slowed while the sector has also come under more fire from some powerful special interests.

Charter schools are a specific kind of public school. Originally an experiment, first pioneered in Minnesota, charters allow educators or an educational organization to open a new public school that is government funded based on how many students the school enrolls. Charter schools are therefore generally subject to far less regulation than traditional locally-run public schools, though each state writes its own charter laws, and those laws vary significantly from state to state. In some states, charters are tightly regulated, their enrollment numbers are capped, and they can only be administered by nonprofits. In other states, it is relatively easy to open new charter schools, oversight is lax, and for-profit companies are permitted to operate the schools. Currently, about 3 million American K-12 students, or about 6 percent of the total, attend public charters.

Newly released polling data from Education Next, a right-leaning publication that conducts a well-regarded survey on education policy debates every year, has found that support for the charter school arrangements has dropped across partisan lines in the past year. Education Next surveyed 4,214 adults, finding that among the general public, support for charters is down to 39 percent from 51 percent last year, according to the poll. Only 34 percent of Democrats now support charters (down from 45 percent last year) and only 47 percent of Republicans support the schools (down from 60 percent a year ago).

Both Barack Obama and Donald Trump are nominal supporters of charter schools, though in practice, the Trump administration has had a broader focus on school choice in general. It is possible, therefore, that the shifting debate from charter schools, to private school choice (including vouchers and education savings accounts) has drawn attention away from the unique public schools.

On the left, the headwinds for charter schools are easier to identify. Last year, the National Association for the Advancement of Colored People made the controversial decision to call for a halt to the expansion of the charter school sector. The NAACP doubled down on that position recently, drawing encouragement from the teachers’ unions, which have also staked out a harder line on charters in past weeks. The NAACP position is noteworthy because many charter schools operate in inner cities, and African American students are overrepresented in charter schools.

Other bad news for charter schools in recent months included a major investigative report published by Education Week, which found that online charter schools, or “Cyber Charters” operating in a number of states were failing to properly educate students. In some of the most egregious examples, students who were “logging in” to class as little as once a week for minutes at a time were being marked present. Other media reports, including a lampooning from John Oliver on HBO’s Last Week Tonight, have also shed light on certain bad actors within the charter sector that are milking the system for profit while leaving their students behind.

Though overall enrollment rates for charter schools continue to climb, another trend to watch is the dip in the rate at which new charter schools are opening. Furthermore, some expect the enrollment growth in charters to slack off in future years, as they attribute the current enrollment growth rate to the way new schools expand. (Typically when a charter opens, for example a high school, it will start with only 9th grade students, then add another class of freshman the following year and so on every year until the first cohort has graduated—in other words, some think that enrollment rates lag behind new school openings by a few years).

If the slowdown in new charter school openings is real, therefore, the sector’s robust enrollment growth could also be in trouble. That trend, combined with sluggish popularity numbers for public charters, coupled with more bad headlines, could suggest more difficult days ahead for the innovative education sector.