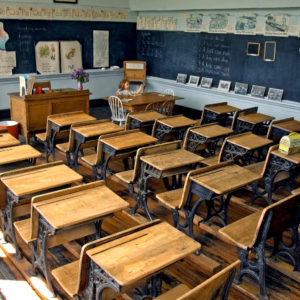 Like much of the Windy City, Chicago Public Schools are rife with corruption, wanton spending and out-of-control violence. Despite ample funding, CPS continues to fail across the board, student test scores remain dismal, and union leaders consistently put their interests ahead of students’ interests.

Perhaps worst of all, school assaults and other violent acts have reached epic proportions. In early June, the Chicago Tribune reported CPS officials helped cover up an alarming number of alleged staff assaults on students. In a series of articles, the Tribune laid bare the shocking exploits of CPS staff. In all, the reporters “closely examined 108 cases and identified 72 school employees as alleged perpetrators in the last decade.”

The most alarming aspect of the investigative report is the sheer scope and duration of the CPS scandal. From 2008 to 2017, reporters found 523 cases of police reports documenting alleged assaults inside the hallways of CPS’ 660 schools. According to the article, “The student-protection failures started in schoolhouses but include the CPS central office and the district’s Law Department, which kept the results of its investigations secret and even sought to undermine the athlete raped at Simeon when it fought her civil lawsuit.”

CPS is responsible for the care of nearly 400,000 students. As the evidence shows, the district has failed miserably to protect, let alone educate, far too many of these children. Throughout Chicago, families are forced to send their children to dangerous schools where the prospect of a quality education is more remote than ever. Since CPS seems incapable of fulfilling its basic mission, what are the alternatives?

CPS’ “education monopoly” is undoubtedly a contributing factor to the awful state of the Windy City’s public schools, unnecessarily putting many children in danger. This is why policy experts at The Heartland Institute have developed the Child Safety Accounts (CSA) model, a simple, safe way to help rectify the city’s education safety crisis.

CSAs would provide funds in an education savings account so students can escape unsafe educational environments. If a child is bullied or a victim of any form of violence, that child’s parents would under Heartland’s model CSA plan have access to funds that could be used for educational alternatives, including attending another public, public-charter, private school. Students could also use the funds to pay for alternative educational opportunities, as well as for mental health, transportation, books and other educational expenses.

Six states currently offer some form of an Education Savings Account, which have proven to be overwhelmingly successful and popular among families. Arizona’s ESA program, the longest-running in the nation, boasts a near-perfect satisfaction rate among participants.

The most fundamental aspect of education is providing a safe environment for students. Janice Jackson, the CEO of Chicago Public Schools, responded to the Tribune’s reports by stating, “Nobody wants to send their kids to school and be worried about them being safe or being harmed.”

Yes, Ms. Jackson, you are correct. However, CPS, like many public school districts, apparently can’t fulfill this foundational principle. As more reports of school violence become available, victims and their families will demand additional accountability. All students deserve the opportunity to attend a safe school, and CSAs can help ensure that this opportunity becomes a reality.