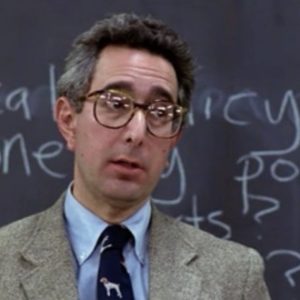 Is Combating Chronic Absenteeism a Panacea for Ailing Schools?

Slashing chronic absenteeism is among the best ways to boost student outcomes, according to some education policy scholars.

A cadre of experts from the Brookings Institution, the University of Chicago, and other nonprofits are urging states to keep formal track of schools with attendance problems.

Those efforts appear to be gaining serious traction under the new federal education law, the Every Student Succeeds Act.

“When you work on improving attendance, you improve test scores, graduation rates, and course completion” said Elaine Allensworth, the director of the Consortium on Chicago School Research at the University of Chicago.

In an interview with InsideSources, Allensworth said eliminating chronic absenteeism should be the first priority for those aiming to address the shortcomings of districts with chronic attendance problems—such as her local Chicago Public Schools.

Though the research does not show a strict causal link between chronic absenteeism and student outcomes, studies have shown the indicators are highly correlated.

Hedy Chang, the executive director of the San Francisco nonprofit Attendance Works, compared a chronic attendance problem in a school to having a “check engine” light go on in a car’s dashboard.

While having a check engine indicator go off won’t tell you what is wrong with your car, she said, it does suggest that “opening the hood and figuring out what is wrong” will save time and money in the long run.

Under the Every Student Succeeds Act, states have more freedom to measure school quality and performance—including the selection of a nonacademic “school quality” indicator.

In December, scholars at the Hamilton Project, an arm of the Brookings Institution, issued a white paper urging states to adopt chronic absenteeism as that last federal accountability indicator.

Educators measure chronic absenteeism in different ways, but generally students are considered chronically absent if they miss more than 10 percent of instruction—for excused or unexcused reasons.

There could be benign reasons why a student misses school, such as illness or family vacation.

In some systems, however, chronic absenteeism can be traced to school culture problems, such as unsafe learning environments and unsatisfactory facilities, or community problems, such as high rates of poverty, poor transportation options, or homelessness.

Data released by the education department’s civil rights division found that chronic absenteeism tends to be highly concentrated. Fifty percent of chronically absent students are enrolled in 12 percent of the nation’s schools, according to the 2013-2014 survey.

The traditional metrics for studying absenteeism—average daily attendance, or truancy rates—don’t cut it, according to Chang and Allensworth.

Average daily attendance won’t tell you which students or subgroups miss class regularly and are in need of intervention, and truancy numbers often hinge on the nebulous difference between what schools consider to be “excused” or “unexcused” absences, they argue.

The research shows that the effect of chronic absenteeism on student outcomes can be devastating. Students that miss as few as two instructional days per month have a 50-50 statistical likelihood of dropping out, said Allensworth.

Students who attend classes regularly can be impacted as well, said Chang. Often teachers have to take valuable class-time to repeat instruction for students who are behind because they missed the first lesson.

Nationally, policymakers are starting to take notice of the advocacy done by organizations like Chang’s and the research produced by groups like Allensworth’s.

While final state ESSA plans won’t be submitted for months, Chang expects “at least a dozen” states will start keeping serious track of chronic absenteeism when the dust settles—up from only three a couple years ago.

States that decide to collect data on absenteeism for ESSA accountability purposes will be required to include the indicator in their school and district reports. These “report cards” would allow parents and the public to compare absence rates across state districts, alongside other indicators.

Chang said that states will have to lay the groundwork of establishing common definitions, such as drawing the line between “absent” and “tardy,” and guard against districts that toy with the numbers to make themselves look stronger.

Overall, however, she argues that collecting chronic absenteeism statistics will be “relatively easy” for many states, as they’ll largely be able to take advantage of the attendance data they already collect.

“Everyone looks at attendance as this low-level goal,” said Allensworth.

What they don’t realize, she said, is that through messaging, and parent and community outreach, schools that focus on reducing chronic absenteeism can make a tangible impact, even on a limited budget.

“Everything goes up” from a school leader’s perspective—from achievement to course completion rates, said Allensworth.

She believes that the research is clear: chronic absenteeism is “the driver of inequalities in student achievement.”