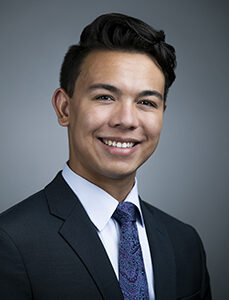 If you asked them, how many high schoolers would vote to close their schools? For at least one Maryland high school student, that’s not just a hypothetical question. As a member of the Howard County, Maryland school board, honor student Zachary Koung has kept classrooms closed, and now some local parents are taking the issue to court.

At first blush, it sounds like a harmless way to promote good citizenship — letting school kids as young as the sixth-grade vote for student members to sit on their local school board. But for property taxpayers and parents whose votes are being canceled out, the harm is very real. And now two lawsuits are challenging the practice in one Maryland county.

“When we started watching the board of education meetings, every single vote about reopening plans ended in gridlock, 4-4 gridlock. And, we noticed that a student was part of that gridlock, a minor,” Spiegel said. Their attorney, Tony Conti, says the solution is obvious.

“If we eliminate the student member vote, then we get back to regular majority rule, 4-3. We’ll have a seven-member board, and as the statutes dictate, you only need four votes when the student member is disqualified,” Conti said.

The student member votes on most issues, but cannot participate in those involving school boundaries, selection of a superintendent, the budget, collective bargaining contracts, and discipline issues. The rules are silent on the student member’s standing on a vote to open or close schools.

The Public Interest Legal Foundation (PILF) has also filed a lawsuit in U.S. District Court with an additional concern, arguing Howard County’s system illegally privileges some voters and punishes others.

“You can’t allocate political power where you give children more power than adults on a school board,” says PILF’s president and general counsel J. Christian Adams.

In Howard County’s system, student members are elected only by students attending public schools from grades six through 11. They must live in the county and be a public school student in 11th or 12th grade which, PILF says, is “a clear conflict of interest since they are directly impacted by the Board’s actions.”

“In America, you cannot give one group of people more votes based on population than similarly situated people, and that’s what they’ve done,” says Adams. “And the student member in this county was the deciding vote to keep schools closed.”

The concern is not new. Delegate Reid Novotny (R-District 9A) unsuccessfully pushed legislation to keep the student member from being the deciding vote. Novotny, who has a daughter attending virtual school in Howard County, agrees the current system leads to gridlock.

On behalf of the PILF, Adams also argues the board’s election and governance scheme violates the First Amendment’s Free Exercise Clause by denying students in religious schools the right to vote. “If you go to Catholic school or religious school, you’re not allowed to participate in the election.”

Howard County declined a request for comment from Inside Sources. The board of education states on its website that it “values the student perspective and supports opportunities for students to share their views and the views of their peers in meetings of the Board.”

Adams goes on to say this issue reaches far beyond Maryland. “Child voting is a big priority of some people.”

It’s not hyperbole. Rep. Ayanna Pressley (D-MA) recently offered an amendment to an election reform bill that would have lowered the national voting age to 16. (It failed in the House).

“Most Americans think [16 year-olds voting] is nuts, but obviously some Americans do not,” Adams said. “The question is whether we want people who are considered legal adults making political decisions or whether we want to turn our political system over to children.”

The PILF lawsuit is filed in the United States District Court for the District of Maryland Northern Division. A virtual hearing on Spiegel and Ford’s case was held in Howard County Circuit Court on Tuesday morning, the judge has not yet ruled.