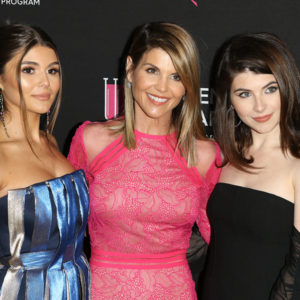 The moment that I realized I did not have a bead on twenty-somethings was when I was giving a talk at one of the world’s most innovative technology companies. I was reciting the titles of pieces from a book I had published on twenty-somethings telling their stories, and I asked the group to raise their hand if they connected with a particular title. As soon as I mentioned, “The Imposter Syndrome,” raised hands filled the room.

Surprised, I reminded the group that they had successfully landed a plum position at a plum company. They were the definition of success. Still, their feelings of being the odd pick that had lucked out could not be quelled.

How did the imposter syndrome become so pervasive an emotion, even in a group that had objectively proven themselves successful? How can we understand its origins, so that we may reduce its prevalence? A recent Pew study reports that seven in 10 teens see anxiety and depression as major problems among their peers, fed by the need to “get good grades,” “look good,” and “be involved in extracurricular activities.” Somehow, the seeds of anxiety were planted early in our children’s lives, leading to a generation of self-described imposters.

It is in this context that I read the articles describing the recent college admissions scandal. Most people can agree that parents who bought their children’s university admission were morally bankrupt. But that aside, did it serve these parents’ aims? Would their children actually benefit from these illegal and misguided acts? More likely, unintended consequences are at play, resulting in those raised hands. Here’s why.

When twenty-somethings share their zigzag journey, a common theme is the “expectation gap.” This gap is the distance between high expectations and their slim fulfillment. Through a mix of private tutors and coaches, many have cultivated special talents and demonstrated amazing performance. They believe that big things await. Otherwise, why else invest the time and resources?

In no time at all, the world tells them a different story. They learn it is hard to find a job that pays and aligns with their interests. Many of their peers are similarly talented, upping the competitive factor.  Add the temporary nature of gig economy jobs and parents in the peanut gallery who are one part anxious, one part confused. Do we still wonder why anxiety is prevalent? Does dishonestly manipulating the system help our kids, or tell them that they can’t win this battle on their own?

When I meet with groups, a favorite twenty-something story is, “When the World Tells You No” by Sam Tabachnik. Sam was a contract journalist for the Washington Post and his contract had expired. He initially thinks finding another job is “no big deal,” but as rejections start to mount, his mood tanks. While he is searching, he gives structure to his day by becoming a Lyft driver. He writes, “Frankly, I just wasn’t used to this kind of repeated rejection. Growing up, I might get rejected from a travel soccer team, but there was always another team to join.”

Sam belongs to a generation shielded from rejection. While parents understand that resilience means getting up from the mat one more time than getting knocked down, our children might not. We have tried to prevent them hitting the mat at a costly price: they haven’t developed the skills and confidence to get back up. Parents who have rigged the system to enable their kids’ success have actually undermined it and planted more seeds of imposterdom.

What does a room of twenty-somethings need to hear after they have self-identified as imposters or commiserated with Sam? They need to know that they can conquer their challenges and construct a healthy life of meaning and wellbeing. One example is the story of Pam Skop, who felt severe depression when her expectations and life view were not holding up.

In “Heal Thyself,” Pam chronicles her fight for healthy independence after overcoming hidden struggles with depression and anxiety. After her first year of college, she experiences a breakdown, and at the behest of her mom, she enters therapy. Pam writes, “While I had been struggling for years, it was mostly chalked-up to teenage angst.” In her twenties, she understands it is more than teenage angst, and through a mix of therapy, yoga, meditation and diet, Pam is able to heal and is now dedicated to helping others.

“The Imposter Syndrome,”  “When the World Tells You No,” and “Heal Thyself” all paint a picture of a generation unwell. To me, the story of the college admissions scandal is about parents doubling down on a strategy that only lends to more depressed and anxious sons and daughters.

What are we to do? Can we release our children from grand expectations and rigged processes? Can we let them fail, so that they can learn how to get up again? Parents in their kid’s corner are far better than parents in the ring. Wouldn’t the ultimate favorable consequence of this moral debacle be that we learn to put our faith back where it belongs — in our children?