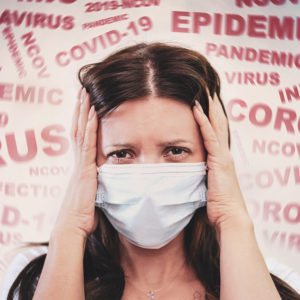 COMMENTARY: How Bad Is NH Media Coverage of COVID-19?

It’s a headline that’s been splashed all over local media:

These reports have highlighted the fact — and it is a fact — that the state reported 129 new infections, the largest single-day case count since mid-May. It’s part of the overall media message, repeated in story after story, that the number of local “cases” (they actually mean “positive tests”) is “surging” or “spiking” or “soaring.”

What’s missing is one of the key elements of quality journalism: Context.

Without context, the number 129 is meaningless. Is it big? Small? If it’s your annual income in dollars, it’s tiny. If it’s the number of rodents living in your kitchen, it’s huge.

And so when the Department of Health and Human Services reported 618 positive tests in the week ending October 23, it’s true that’s a far bigger number than a month or two earlier. To get similar numbers, you have to go back to the dark, lockdown days.

But while 618 sounds like a lot, it’s just one percent of the DHHS sample’s 61,739 tests. And that one-week testing total is higher than the total number of ALL tests reported from the beginning of the pandemic until mid-May.

The goal of the Sununu administration at the time was to try to test 1,500 people a day. We’re currently approaching 10,000 tests per day. So, of course there are many more positives. But the rate is still just 1 percent.

Here’s some more context: The state’s unemployment rate in May was 15.4 percent. In September, the most recent number available, it was 6 percent. The October rate is probably around 5 percent. That’s two-thirds fewer people out of the workforce.

To their credit, some media outlets have begun referencing the increased testing in their coverage. But it’s almost always buried amid suggestions that a tide of COVID is about to wash over the Granite State. One common warning is that hospitalizations could be about to spike, that we should be concerned about ICU capacity.

Once again, context: Back on May 24, there were 63 positive tests and 92 people in the hospital.

On October 24, there were twice as many positive tests but just 19 hospitalizations. Today, just 2 percent of the active cases require hospitalization. In mid-May, the rate was more than twice as high.

And perhaps the worst example of reporting COVID-19 without context was the coverage of the “10,000 cases milestone.” Yes, New Hampshire has had more than 10,000 positive test results. But given that there’s no vaccine, that was inevitable. The news isn’t the number, but that it’s taken eight months to get here, not four.

Not to mention that the total number of cases/hospitalizations/deaths is meaningless from a public policy standpoint. When the TV map shows a state covered in COVID red and flashes the number “10,000” over ominous music… what’s the point? What does that tell viewers about the current level of danger from the disease?

It would be like using the total number of combat deaths as of May, 1945 to assess the progress of WWII. The number was highest as the war was about to end.

The “news” is in the rate of change, not the accumulated totals.

Is this the information you’re getting from New Hampshire’s media?