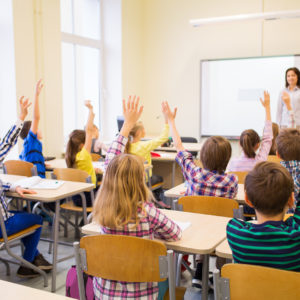 Top education officials in Kentucky have set the wheels in motion for a review of the state’s educational standards in math and English per the requirements of a new state law enacted earlier this year. Though the process is still far from complete, the early indications are that like other states that have vowed to step away from the Common Core, Kentucky’s new standards may end up looking quite similar to the old standards.

In 2009, proponents of rigorous national achievement benchmarks, led by the National Governors Association and the Council of Chief State School Officers, came together to create a Common Core of academic standards for K-12 students in reading and math. The initiative, sponsored by major philanthropies like the Gates Foundation, was originally intended to result in the voluntary adoption of the standards by the participating states.

By 2010, however, the Obama administration made state adoption of the Common Core, or substantively similar standards, a prerequisite for eligibility to receive billions in stimulus package dollars. The resulting rapid adoption of the Common Core in nearly every state—along with federal guidance on how the standards were to be taught—led to a grassroots backlash against the movement. That activism led some states to do a nominal repeal of the standards. In New York for example, experts following the latest draft of an ongoing revision process have said that the changes are more cosmetic than substantive.

Brigette Blom Ramsey is the executive director of the Prichard Committee for Academic Excellence, a Kentucky nonprofit that advocates for high standards in the state. In an interview with InsideSources, Ramsey cast the standards review in the state as an opportunity to improve the standards and incorporate the latest in educational research. As a proponent of the Common Core, she did not seem concerned that the changes to the education system would result in lower expectations for students.

“I don’t think Kentucky has ever expected to maintain standards without any review, and what Senate Bill 1 does is just formalize a review process. And we believe that’s good public policy,” said Ramsey, a former member of the Kentucky Board of Education.

While the new education law, Senate Bill 1, does call for a “repeal” of the Common Core, the top state education official, Commissioner of Education Stephen Pruitt, said in a press release that “Our teachers understand that Kentucky’s elementary and secondary academic standards must align with postsecondary readiness standards and with state career and technical education standards. This is the only way we can ensure we are preparing our students for the jobs of the future and to compete with those from other states and nations.”

That language, stressing college and career readiness, as well as continuity and competitiveness with other states and nations, is in line with many of the arguments put forward on behalf of the Common Core and the national standards movement in general. Pruitt, in fact, is a former executive at Achieve, a nonprofit which backs the Common Core and has quietly facilitated the widespread adoption of a set of science standards in a growing number of states nationally.

Nevertheless, part of the new standards review process in Kentucky will include opportunities for the public to weigh in, which in theory, could lead to pressure to loosen expectations for students.

“We will pay close attention to whether or not this process strengthens our standards and we have confidence in the committee of experts that will be put together—that they will also be focused on rigor,” said Ramsey in response to those concerns. She also expressed her belief that the review process and other changes in the new education law will lead to a greater emphasis on closing achievement gaps in the state.

When asked to predict whether the new standards will look similar to the Common Core when the dust has settled, Ramsey indicated that she expected they would. Using the example of elementary school math expectations, she said: “There are only so many ways to say that a second grader should be able to multiply two digit numbers and be able to apply that knowledge to other areas where that information is relevant. So I think that what we’ll see in Kentucky is an enhancement of the foundation of our current standards to ensure that we maintain and increase rigor as we move forward.”

According to the state’s timeline, the new English and math standards are to be fully implemented and assessed by the 2019-2020 school year. The state will stagger their review of standards in other subjects, like science and social studies in the coming years as well. Ultimately, each set of standards in each subject will be up for renewal every six years.