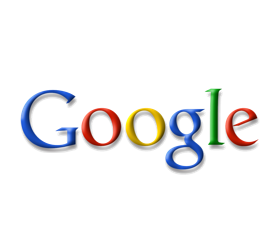 Congress should investigate the firing of a prominent Google critic from an influential think tank funded by the search giant, according to at least one left-leaning group. One ranking lawmaker has already responded.

The request came shortly after a Wednesday New York Times report detailed the firing of New America Foundation scholar Barry Lynn from the D.C.-based think tank at the behest of Google, a large financial backer of the group. The firing came after Lynn posted a blog on New America’s website praising the European Union’s decision to fine Google a record $2.7 billion  for favoring its own services and products over rivals in search results.

Google’s involvement in the firing reportedly included an email from Eric Schmidt, executive chairman of Alphabet — Google’s parent company. That alongside New America President Anne-Marie Slaughter’s repeated chastisement of Lynn for, in her words, “imperiling funding” for the group with his policy positions, prompted the Content Creators Coalition (c3) — a non-profit advocacy group representing digital creators — to ask Congress for an investigation.

“Google’s efforts to monopolize civil society in support of the company’s balance-sheet-driven agenda is as dangerous as it is wrong,” c3 said Wednesday. “The American public deserve to know the depths of Google’s efforts to secretly distort policy debates, which is why Congress should open investigations into this matter and the anti-trust subcommittees need to schedule hearings to demand answers.”

The group, which primarily represents musicians and has offices in New York and Los Angeles, said Lynn’s “Open Markets” initiative at New America “bravely raised important questions about the growing power Google has in our society” and included research from c3 Advisory Board Member Jonathan Taplin.

Open Markets was the New America project headed up by Lynn and founded to examine political and economic market monopolies and propose policy solutions. The project repeatedly hosted events and discussions on digital market areas dominated by Google, Amazon, Facebook and other tech giants.

“Sadly, New America Foundation’s ending the Open Markets initiative to please Google creates doubts about its credibility,” c3 said, adding it “calls into question the many Google-funded organizations, which the company hides behind” to advocate for favorable policy positions. In c3’s case, that includes lobbying to keep open loopholes in the Digital Millennium Copyright Act that the group says Google uses to avoid fairly compensating artists for music uploaded to YouTube.

A 2016 Open Markets conference included a speech by Massachusetts Democrat and economic policy hawk Sen. Elizabeth Warren, who warned there would be damaging economic consequences if Amazon, Apple, and Google are allowed to “lock out” competition. According to the Times report, “Google was concerned that its positions were not going to be represented, and that it was not given advanced notice of the event.”

It’s unclear under what legal pretense c3 believes Congress could use to intervene, but Warren agreed the “story is troubling” in a late Wednesday tweet that included a link to the Times story. A second tweet followed saying “[t]hink tanks play a critical role in shaping policy, but their credibility is jeopardized when decisions are based on funder preferences.”

Think tanks play a critical role in shaping policy, but their credibility is jeopardized when decisions are based on funder preferences.

Lynn has since launched a website dubbed Citizens Against Monopoly with the stated goal of reforming the 10-person Open Markets team fired from New America. The site admonishes Google “don’t be evil,” a reference to the infamous “don’t be evil” mantra Google dropped from its code of conduct in 2015 when it reformed under Alphabet, and includes graphics of octopus cartoons, calling to mind the famous Standard Oil octopus political cartoon that captured the age of monopolies, trusts and robber barons during the industrial revolution.

Visitors are encouraged to donate and send a form letter to Google “demanding they stop choking off free speech and free research into corporate monopolies.”