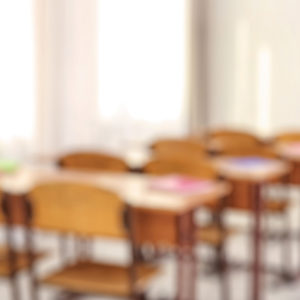 Despite allegations of sexual abuse made against the Knowledge Is Power Program (KIPP) co-founder Mike Feinberg, Laura and John Arnold of the Laura and John Arnold Foundation made a personal donation of an undisclosed amount to Feinberg’s new school choice fund, the Texas School Venture Fund (TSVF), according to Chalkbeat, further establishing the Arnolds as donors to causes laced with controversy.

Earlier in the year when Feinberg was fired from KIPP over the sexual abuse allegations, John Arnold tweeted in support of Feinberg, calling him a “champion” for “education equality.” Feinberg has strongly denied the allegations.

While Feinberg and the TSVF did not return InsideSources’ requests for comment, the TVSF website states that the fund’s mission is to “increase the supply and diversity of great schools.”

“What I think [he] is attempting to do is give people who don’t have access to capital to have the ability to develop [charter school] ideas and scale the ideas while they’re waiting to be approved for a charter, because it can take a year to two years to get approved,” she said.

Donations and grants made to charter schools by philanthropists and foundations like the Arnolds’, then, can make a huge difference in a charter school’s development, scalability, and efficiency.

The $10 million grant from the Arnold Foundation is also a substantial piece of KIPP’s budget: KIPP received approximately $63 million in grants and contributions in its fiscal year 2015 and approximately $71 million in 2016, according to its Form 990s. (KIPP did not respond to InsideSources’ request for comment.)

Even though the allegations against Feinberg have not been proved, foundations like the Arnolds’ may be hesitant to support those facing allegations of sexual misconduct in the era of the #MeToo movement. That may have prompted the Arnolds to donate personally to the TSVF, but the Arnolds also have a history of donating to specific causes that further certain cultural initiatives besides school choice and regardless of scandal.

The Philadelphia Inquirer just reported that the Arnolds are funding ads supporting scandal-plagued U.S. Senator Bob Menendez (D-NJ) to keep his seat in a race against Republican challenger and businessman Bob Hugin. Menendez was recently on trial for accusations of bribery, fraud, and making false statements, which has endangered what would otherwise be a safe seat for Democrats.

The ads accuse Hugin of ripping off cancer patients by doubling the price of key cancer drugs to turn a profit. According to Stat News, Arnold and his foundation have targeted inflationary drug prices as a key issue to reform, seeking to make biopharmaceutical and pharmaceutical companies price their drugs more fairly to the patients who need them.

The Philadelphia Inquirer further noted the Arnolds’ additional ties to New Jersey and Philadelphia through funding charter schools, supporting Philadelphia’s tax on soda, and backing the use of an algorithm to determine whether accused offenders should be released on bail.

At times, as the recent donation to Feinberg’s venture fund illustrates, the Arnolds’ methods are often disputed and overshadow their contributions and causes. In 2016, the Baltimore Sun reported that the Arnolds’ foundation gave thousands to the Johns Hopkins University to hand out free eyeglasses to students, but the foundation also sparked controversy by providing funding for the Baltimore Police Department to conduct its controversial aerial surveillance program (which was later shut down).