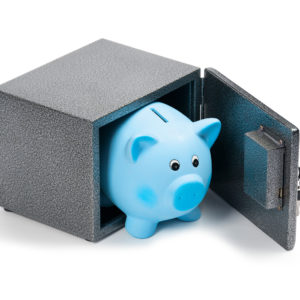 Counterpoint: Abolishing the CFPB Will be Good for Consumers – and the Constitution

Editor’s Note: For an alternative viewpoint, please see: Counterpoint: Abolishing the CFPB Will be Good for Consumers – and the Constitution

Access to capital is vital for the pursuit of happiness. The American Dream is founded on life goals like home ownership, which most of us could not achieve without access to consumer loans. Yet in the wake of the 2008 financial crisis, Congress unleashed a regulatory agency that restricts such consumer choice: the Orwellian-named Consumer Financial Protection Bureau.

Moreover, the agency was founded on an unconstitutional basis, and the way it has acted is a reminder of just why the Founders insisted on constitutional checks and balances.

The bureau was supposedly founded to protect American consumers of financial products the way the Consumer Product Safety Commission is supposed to protect us from faulty consumer products — toasters that catch fire being the favorite example of Sen. Elizabeth Warren, who was the impetus for the CFPB.

Yet the financial crisis was never really a consumer protection issue, as George Mason University professor Todd Zywicki argued at the time. Foreclosures were caused by “misaligned incentives, anti-deficiency laws, and erratic monetary policy,” not by intrinsically faulty product design. As Zywicki put it, “An unsafe toaster is not suitable for any consumer (whereas) an ‘unsafe’ loan might actually be both safe and suitable for a consumer depending on the situation.”

Yet the CFPB approaches consumer protection with exactly that one-size-fits-all mentality. It has issued thousands of pages of regulation, ostensibly to ensure financial products are safe for anyone, and in the process closed off consumer choice and outlawed products that are perfectly good for the right customer at the right time.

One example is the 1,700 pages of regulation issued on the subject of prepaid debit cards, which are used responsibly by millions of Americans. Those new regulations will significantly restrict the variety of consumer products on the market. For example, prepaid cards offer people an option to go slightly overdrawn to make a purchase. The CFPB wants to not only effectively ban that option but apply that ban to other services, like new, digital wallet technologies.

That move will restrict further innovations and leave consumers with fewer options that meet their needs.

A big part of the problem with the CFPB stems from how Congress set it up. It is headed by one man, Richard Cordray, who is not answerable to the president. He gets whatever budget he likes not from Congress but on demand from the Federal Reserve, the government’s central banking system. Moreover, Cordray’s agency is entitled by law to special, enhanced deference from the courts.

This absence of checks and balances from the three branches of government established by the Constitution is, on its face, evidence of an unconstitutional arrangement. The U.S. Court of Appeals for the D.C. Circuit agreed. In its decision last year in the case PHH Corp. v. CFPB, the court found that the CFPB’s structure was indeed unconstitutional and that the bureau director should rightly be answerable to the president. But the case remains pending, as it is scheduled to be reheard by the court.

Yet it is the underlying details of the PHH case itself that should cause concern for all Americans. The court found that the CFPB had violated the due-process rights of mortgage lending company PHH Corp. The CFPB had charged the company with illegally referring customers to mortgage insurers in exchange for kickbacks only after regulators changed a longstanding interpretation of the law. In addition, Director Cordray arbitrarily increased the company’s fine from $6 million to $103 million. As the court put it, “It is the director’s view of consumer protection law that prevails over all others. In essence, the director is the president of consumer finance.” This “concentration of massive, unchecked power in a single director” represents an unconstitutional threat to American liberty.

Even without these serious concerns about the CFPB’s lawlessness and abuse of power, the fact remains that the agency’s “help” is not needed when it comes to protecting consumers from unfair or deceptive practices in the financial services industry.

The Federal Trade Commission already has a wide range of powers under existing law to punish firms that mislead or take advantage of consumers, and it can do so as a balanced, bipartisan, multi-member commission that answers to Congress for its funding. In short, the FTC can go after the bad actors without undermining due process.

Without intervention by the courts or Congress, the CFPB remains a threat to liberty and to the pursuit of happiness. That should be a top concern and priority for our elected representatives.