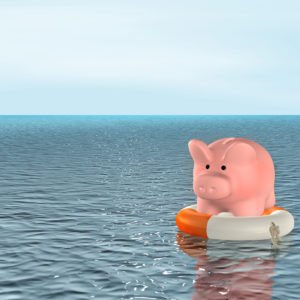 Editor’s Note: For an alternative viewpoint, please see: Counterpoint: Abolishing the CFPB Will be Good for Consumers – and the Constitution

In its short five years of existence, the Consumer Financial Protection Bureau has established itself as a crucial watchdog agency to hold big banks and financial institutions accountable. These protections now are at risk from the Trump administration and congressional Republicans who have been trying for years to stop the work of this consumer agency. Now, they believe there’s an opening to shut down this work.

Let’s remember why this financial agency was created. The 2008 Great Recession was directly caused by fraud committed by the country’s biggest banks and lenders. Millions of ordinary Americans suffered, losing their jobs, their homes and their retirement savings. Nearly 4 million mid-wage jobs, with annual earnings of about $40,000, alone were lost. Taxpayers spent about $300 billion to bail out these banks and financial firms.

Some financial institutions haven’t stopped trying to exploit consumers. The difference now is that the consumers have a real, independent advocate — a cop on the street. The CFPB was created as part of the Dodd-Frank Wall Street Reform and Consumer Protection Act in 2010 to take on these banks and lenders and take them to court when they harm consumers. The CFPB has already recovered an astonishing $12 billion on behalf of almost 30 million consumers.

It has moved against the worst of the worst — payday lenders that pull customers into spiraling debt, debt collectors who push homeowners toward foreclosure, lenders who discriminate against people of color, and for-profit colleges that exploit Americans trying to obtain an education. The CFPB has cracked down on many of those responsible for the financial crisis of 2008, including shady mortgage companies who misled customers and then foreclosed on their homes, and reverse-mortgage companies whose deceptive advertisements have harmed vulnerable senior citizens.

The CFPB also has been a leader in fighting exploitative retail banking practices. Wells Fargo’s illegal practices cost the bank $185 million in fines, including a record $100 million levied by the CFPB, for the bank’s years of duping customers and creating fraudulent, unauthorized accounts and credit cards.

As the CFPB discovered, lower wage employees were pressured or even threatened with the loss of their jobs if they didn’t engage in these tactics to meet extreme sales goals. The Wells Fargo CEO was forced to resign, and the bank ended its abusive sales quota system because of the CFPB’s work. Separately, the agency fined Santander Bank for enrolling customers in an overdraft service without their consent, then charging those customers fees for services they never wanted.

While an overdraft fee of $50 may not seem like a big deal to CEOs and top level executives, it is financially devastating for a working parent living paycheck to paycheck or a senior citizen surviving only on Social Security. These harmful practices must be aggressively stamped out, and the CFPB is doing just that. There’s much more work to do. Ordinary Americans need this agency more than ever.

President Trump’s intentions to gut these financial protections are transparent. In fact, just recently, the president said that he planned to “do a big number on Dodd-Frank.” His attorney general, the nation’s top law enforcement official, Jeff Sessions, has a long Senate record of supporting the financial services elite at the expense of American consumers. Republican members of Congress have been trying to get rid of the Consumer Financial Protection Bureau since it first was created.

Yet, the number of complaints to the CFPB continues to rise, according to a report released in 2016 by the National Employment Law Project, “Banking on the Hard Sell.”

That’s why it’s up to us, unions, consumer groups, senior organizations and other allies to stand up for consumers and to keep the financial industry honest.

For decades, corporations and banks have been lobbying to cut government regulation, especially in the financial sector. We cannot allow their greed to land us into another financial crisis, hurting millions of Americans in the process. Working Americans need the Consumer Financial Protection Bureau, and we will fight to keep it.

Chris Shelton is president of the Communications Workers of America, representing 700,000 working men and women in telecommunications, media, airlines, public service and manufacturing.