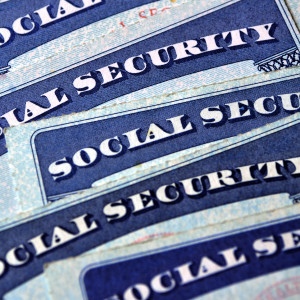 Addressing Social Security’s long-term financial shortfall is critically important to strengthen American families’ income security. America’s middle-class is experiencing a growing retirement crisis, a crisis that has grown significantly over the course of one generation. The Center for Retirement Research estimates that more than half of working-age households in 2013 could expect to have less money in retirement than during their working years, compared to 31 percent in 1983. With less money, these households are forced to make substantial and often painful cuts in their spending once they retire.

The loss of key risk protections — coupled with increasing labor and financial market risks — has significantly contributed to this crisis. In turn, Americans have lost some of the income security that Social Security offers, forcing families to save more on their own with retirement savings plans such as 401(k)s and IRAs.

And Americans have had to manage increasing economic risks because job stability has eroded, incomes have stagnated, inequality has grown, and the stock and housing markets have gone through large boom and bust cycles.

In other words, it’s no surprise that many households simply cannot save enough for the future since they are already struggling through the vicissitudes of the present. Rising economic risks — and growing exposure to these risks — has only increased the need for Social Security’s benefits, which are unaffected by what’s going on in the stock and housing markets and offer some protection from the increased uncertainty in the labor market.

Social Security faces this long-term shortfall, in part, because of rising income inequality. Middle-class wages have not kept pace with productivity growth, and wages have become concentrated among top income earners. Since Social Security taxes apply only to the first $118,000 a person earns each year, greater concentration of incomes at the top means that more and more money is not taxed for Social Security. As a result, Social Security’s tax base and its tax revenue have grown more slowly than it otherwise would have without rising inequality.

In order to improve retirement security for America’s middle class, we need an updated Social Security system. Updating these benefits is a critical first step toward raising the retirement income security of America’s middle-class families. One such update would be the creation of a minimum benefit that keeps those who worked all their lives out of poverty and keeps pace with overall living standards in the future.

Paying for Social Security updates is rather straightforward, since it means countering the effects of income inequality. Congress can do this by lifting the cap on earnings that are subject to Social Security taxes. For example, one approach would be to eliminate the cap completely for employers’ share of the payroll taxes, which is currently 6.2 percent of wages and salaries up to an annual maximum of $118,000.

This particular tax change alone would raise three times the amount of money necessary to pay for a meaningful minimum benefit. That is, broadening Social Security’s tax base in this way would finance necessary benefit updates and cover part of the expected long-term financial shortfall.

Congress can strengthen retirement benefits to help those most vulnerable to experiencing income insecurity and update Social Security’s taxes to counter the long-term effects of rising income inequality. The combined effect will be a boost to the basic economic security of American families for many years to come.

Christian E. Weller is a senior fellow at the Center for American Progress and professor of public policy at the University of Massachusetts Boston. Weller is the author of the forthcoming book “Retirement on the Rocks: Why Americans Can’t Get Ahead and How New Savings Policies Can Help.”