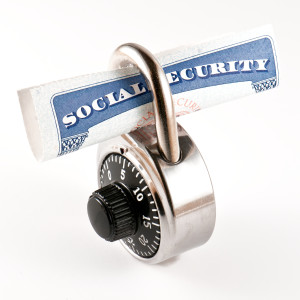 The following are the facts about Social Security’s finances, according to the trustees of the system who include high officials in the Obama administration:

First: Under current law and absent reform, Social Security is projected to suffer cash-flow shortfalls — gaps between payroll taxes and spending on benefits — forever. The shortfall was $74 billion in 2014, will increase to $84 billion in 2015, and increases rapidly after 2018 as the pace of baby-boomer retirements accelerates.

Second: Social Security’s combined retirement and disability trust funds’ reserves are projected to be exhausted in 2034. As system finances worsen, and each year passes without reform, we draw closer to insolvency. At the exhaustion point, continuing tax revenues would be sufficient to pay only 79 percent of scheduled benefits.

Third: The disability insurance trust fund is expected to be insolvent much sooner, by the fourth quarter of 2016, when the government must reduce disability payouts to 81 percent of scheduled benefits. With soaring numbers of workers removed from productive labor, receiving disability benefits and no longer paying taxes, the projected exhaustion date was moved up by more than a decade.

The aforementioned are the official facts according to the Social Security Trustees. The facts according to the Congressional Budget Office are actually much worse, so it’s difficult to understand why so many politicians and analysts are so blithe about Social Security’s finances, with some even demanding benefit increases without first proposing how currently scheduled benefits will be paid.

To shore up — not reform — the disability insurance program, many propose that payroll taxes be reallocated from the retirement program. Yet this ignores the dire and worsening finances of the retirement program, the explosion in disability benefit payments, several scandals and administrative failures in the adjudicative process, and the outdated criteria for disability determination — even as workers retire later and technology or more accommodative work conditions help disabled workers. One infers that sheer politics are at play here, rather than reasonable and responsible public policymaking. (This week, a budget deal transfers payroll taxes from the retirement fund to the disability insurance fund for three years in exchange for small elements of reform.)

Now some analysts have said, no worries, we’ll just raise taxes on the “rich” to solve this problem. For example, some suggest applying the current 12.4 percent Social Security tax rate on annual earnings above the current maximum of $118,500. This massive tax increase would, of course, affect millions of workers who don’t consider themselves rich.

(1) To pay for increases in health-care spending by the federal government through the Affordable Care Act, we have already raised taxes on the “rich.” How many times can we go to this particular well before it runs dry?

(2) It’s a violation of the program’s foundational premise — going back to President Franklin Roosevelt — that Social Security benefits are earned. That is, they’re based on contributions paid by workers, and benefits should have a reasonable relationship to contributions, even if there is some redistribution to lower-wage workers. Removing the maximum cap on taxable earnings would turn Social Security into another welfare program.

(3) According to the Social Security actuary, it’s still insufficient to fill the deficit.

(4) It ignores the fact that the demographic challenges that face Social Security and cause its financial shortfall also face Medicare, Medicaid (which is the major payer for long-term care), government employee pensions, veterans’ benefits and so on. What, at the same time, do we do about these other programs?

The bottom line, based on the facts, is that Social Security is facing impending insolvency; raising taxes on the “rich” won’t solve the problem; and the sooner and more responsibly we work together on a realistic reform package, the easier and less painful the inevitable changes will be.

Mark J. Warshawsky is a senior research fellow with the Mercatus Center at George Mason University, was a member of the Social Security Advisory Board from 2006 through 2012, and was vice chairman of the federal Commission on Long-Term Care in 2013.