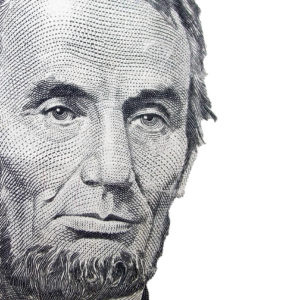 Counterpoint: The Hard but Hopeful Story of America

Editor’s Note: For another viewpoint, see Point: Abolish Teaching History… Until We Get It Right

Slavery. Segregation. Racial discrimination. Should we teach our students about these terrible things? If so, what should we say?

Some people contend that these are part of America’s DNA, a product of the “white privilege” and “systemic racism” that must be highlighted in schools as defining characteristics of America. Until American history is taught this way, they say, we should cancel history classes.

This view, however well intentioned, neglects the full American story. We cannot negate or excuse the horror of slavery.

As Abraham Lincoln said, “If slavery is not wrong, nothing is wrong.” While every country has ugly parts of its past, America has the special burden of race-based slavery, segregation and discrimination. This can be hard to hear, but it needs to be said.

Yet while American history is hard, it is also hopeful.

At its core, the story of America is the struggle to live up to our founding principles proclaimed in the Declaration of Independence. That all human beings — regardless of color — “are created equal”; that they are all “endowed by their Creator with certain unalienable rights”; that they all deserve to have those rights protected equally by the law.

If American history were essentially the story of white privilege and systemic racism, no patriotic American would have opposed slavery or segregation.

But they did. Although he grew up in a slaveholding society and held slaves himself, George Washington realized during the Revolutionary War that slavery was wrong and eventually in his will freed his slaves after his death.

In his fight against slavery, Abraham Lincoln looked to the principles of our Founders like Washington. During the Civil War in 1863, Lincoln reminded his fellow Americans that “four score and seven years ago, our fathers brought forth on this continent, a new nation, conceived in Liberty and dedicated to the proposition that all men are created equal.”

That same year, the great Black abolitionist Frederick Douglass — himself born into slavery in Talbot County, Maryland — echoed Lincoln’s sentiments, declaring that “the Federal government was never, in its essence, anything but an anti-slavery government. … If in its origin slavery had any relation to the government, it was only as the scaffolding to the magnificent structure, to be removed as soon as the building was completed.”

“There is in the Constitution no East, no West, no North, no South, no black, no white, no slave, no slaveholder; but all are citizens who are of American birth.” In fact, Douglass boldly proclaimed that “there is no Negro problem. The problem is whether the American people have loyalty enough, honor enough, patriotism enough, to live up to their own Constitution.”

Later reformers followed in that tradition. In 1963, Martin Luther King Jr. said that “when the architects of our republic wrote the magnificent words of the Constitution and the Declaration of Independence, they were signing a promissory note to which every American was to fall heir.

This note was a promise that all men, yes, Black men as well as white men, would be guaranteed the unalienable rights of life, liberty and the pursuit of happiness.”

Rather than cancel history classes, we need to increase our teaching of history, and improve the content and quality of that teaching. Let students discover the truth about America for themselves. To accomplish this, schools need to turn away from textbooks, which are boring or biased — or both. Schools need to bring American history alive by going back to the primary sources themselves.

If students read the words of Lincoln, Douglass and King (and those who opposed them), they can enter the world of those who lived the American story and understand the struggle for freedom.

If we cancel American history classes, students will never understand or learn from that story. If we teach young people that America’s past is fundamentally defined by white supremacy and systemic racism — if our history is, at its core, one of ugliness and oppression — they will never feel part of this country or be inspired by our struggle for freedom.

They will never know the hard but hopeful story of America.

Families Are Fed up with Big Labor-Dominated Schools Read More

How Failing Schools Can Be Turned Around Read More