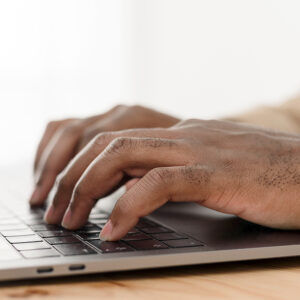 Posted to Education May 15, 2022 by Frank Schulenburg

On the second anniversary of George Floyd’s murder and the wave of Black Lives Matter demonstrations across the nation, there is a significant change emerging in public information and stories about Black lives. College students are editing and creating new Wikipedia articles on the world’s largest, go-to information source, telling the untold stories of Black leaders and Black lives.

Since the advent of modern encyclopedias, people have turned to them for information and education. As you might expect, those who wrote these encyclopedias were experts and scholars — people privileged in their respective societies. It wasn’t until Wikipedia started in 2001 that the act of documenting knowledge in encyclopedic form was radically opened up. Wikipedia represented the first opportunity for people from all backgrounds to write encyclopedia articles, not just the privileged few. In the idealistic world of Wikipedia — “imagine a world in which every human being can share in the sum of all human knowledge,” Wikipedia’s founder Jimmy Wales said — this is possible. But the reality is quite different.

Wikipedia started as an internet project in 2001. Until recently, to edit you needed to navigate a wiki-unique markup language called wikicode. As Wikipedia grew its editor base in its early years, their demographics reflected the people who were on the internet regularly in the early 2000s, and those who could handle wikicode: the nerds. As someone who started contributing content to Wikipedia in 2005, I fit this description. And it’s people like me who have continued editing Wikipedia to this day.

But if it’s only the people like me who are editing Wikipedia, then we’re not living up to Jimmy Wales’ vision. Right now, every human being isn’t sharing, and we need their contributions and perspectives to create the sum of all human knowledge. As the racial reckoning of the last few years has led to a re-examination of all aspects of culture and information, a new approach was needed to ensure more representation in editors and authors.

A recent survey of U.S.-based contributors to the English Wikipedia found that only 0.5 percent of editors identified as Black or African-American, while 89 percent of editors are White and only 22 percent are women. Clearly, establishing a more diverse contributor base is an essential step toward addressing racial equity on Wikipedia, which is so influential in shaping minds, especially among young people who reflexively turn to it for information.

To address this and other equity gaps, the  Wiki Education Student Program supports college and university instructors who assign their students to improve Wikipedia articles. Students have an opportunity to research course-related topics that are missing or underrepresented and synthesize the available literature while using free tools and training to add information. Wiki Education is a crucial component of the broader Wiki ecosystem, funded by donations from those who create and prioritize equity in information. It continues the centuries-long trend of democratizing the vast body of knowledge found in encyclopedias, while also expanding the scope of representation.

The program works to encourage Wikipedia authors and editors of color to contribute, as well as expand content devoted to BIPOC & LGBTQ+ topics. More than 100,000 students from 800 different schools have participated, adding 80 million words to 109,000 Wikipedia articles and generating billions of page views.

The Wikipedia Student Program is also making a difference in the drive to diversify editors and authors, with participants who identify 67 percent as women and 22 percent as Black or Latinx — a notable change from the standard contributors’ demographics.

The range of creative contributions is extensive and inventive. At Princeton University, students in a Black Lives Matter class created an article about the Museum of Black Joy and expanded the Black Lives Matter art article. Another group of students expanded the school discipline article to add coverage of disparities in how it affects Black students.

Through the Wiki Education programs, students help tell the marginalized, missed, untold stories, and correct misinformation and fill in the gaps. As students achieve a better understanding of the past, they also gain the thirst for truth in knowledge that will motivate them to fight for a more equitable future.

In addition to broadening the scope of information on diverse topics, there is another significant benefit of engaging students in this program: information literacy. In learning editing skills, students improve their critical thinking, media literacy, writing and research capabilities. This enables them to be more discerning media consumers who understand the difference between facts, fake news and propaganda — which is of incalculable importance in the information age.

Information is power and the ability to analyze its veracity is crucial. Collaborating on the world’s most important digital encyclopedia builds the students’ information intelligence, it is hoped for a lifetime.

Frank Schulenburg is executive director of Wiki Education and a former executive of the Wikimedia Foundation, the organization that operates Wikipedia. He wrote this for InsideSources.com.