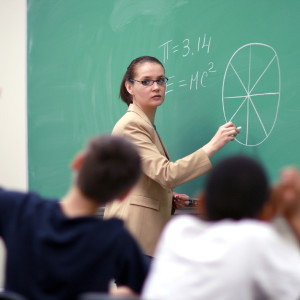 Critical Thinking Needed in Our Schools

I was an educator my whole professional life, so I have been watching with great interest the wave of new legislation that has been proposed by Republicans around the country, allegedly designed to combat critical race theory. After reading a few newspaper accounts, I took a look at some of the actual bills that are under consideration in approximately 36 states now. I am not an alarmist by nature, but I was very disturbed by what I discovered. It is time to be alarmed.

Critical race theory is, I believe, a deeply flawed theory, with assumptions I cannot accept and implications I do not endorse. But the new legislation that is sweeping the country is not really about this academic theory; it goes much deeper than that.

Consider the bill in Florida, proposed by state Sen. Manny Diaz, Jr. It would make it illegal for schools to teach anything that would make people feel discomfort, guilt, or anguish, or “any other form of psychological distress” on account of race, sex, or national origin. But learning anything can cause psychological distress. Learning is largely about challenging our deeply held views, and it often begins with cognitive dissonance, which can be unpleasant, even if the result is a better and deeper understanding of something. Students need to be confronted with difficult facts if they are going to learn.

A bill proposed in New Hampshire would make it illegal to “advocate” socialism or communism. What does it mean to advocate these things? Would a teacher be violating the law to say that universal health care is a good idea? Probably, since many ill-informed people would equate that with socialism. The bill would also make it illegal to promote a negative account or representation of the American founding or history. This is a wildly oppressive requirement. What is a “negative” account or representation? Would it be negative to quote Abraham Lincoln saying that slavery was a moral, social, and political evil?

The South Carolina version of the bill also creates sanctions for creating “psychological distress.” Schools can lose their funding for up to a decade if they allow it. Rashawn Ray and Alexandra Gibbons of the Brookings Institute point out that “laws forbidding any teacher or lesson from mentioning race/racism, and even gender/sexism, would put a chilling effect on what educators are willing to discuss in the classroom.” The sad thing is that this is exactly why the laws are being proposed–to have a chilling effect on education.

It’s not just that these bills are poorly written (even though they are). And it’s not just that they misunderstand critical race theory (which they do). These laws are not about making education better or protecting the freedom of students and teachers. They are about shutting down critical thinking, which requires exposure to divergent ideas.

John Milton, the famous Christian poet who wrote “Paradise Lost,” also wrote an essay entitled “Areopagitica” condemning censorship. In it, he said, “I cannot praise a fugitive and cloistered virtue, unexercised and unbreathed, that never sallies out and sees her adversary.” We do not help our young people by trying to protect them from the difficult issues of the day. In fact, we harm them by trying to censor what they encounter.

It’s time we spoke about this plainly because I don’t think the purpose of these laws is widely understood. Democracies stand or fall on the ability of their citizens to think critically. Citizens need to be able to analyze their history in order to review public policy choices and evaluate their representatives so that they can make informed decisions. Citizens need to know the good, the bad, and the ugly about their regime if they are to be empowered to fulfill the highest aspirations of their country. In “Politics,” Aristotle says a citizen is defined by participation in governing. Autocratic governments don’t want citizens; they want followers. If we lose the ability to think critically, we will become nothing more than followers.

And as frightening as these new laws are, things can get worse. What will come next? Laws making it illegal to criticize or be “negative” about our leaders? We have seen this before in history, and there is no reason to think it could not happen here, especially if this first round of laws is received well. These laws are only trial balloons for what will follow. If they are not rejected, even more disturbing and outlandish laws will be proposed.

We cannot allow this to happen. Citizens need to pay attention to these proposed laws and oppose them. If citizenship is about participating in governing, we must actually participate. What does this mean?  Write to your legislators. Write to your newspapers. Talk to your friends and alert them to what is going on. Democracy is more fragile than we appreciate and can be swept away more easily than one could imagine. If we take it for granted, we can lose it before we realize that it is gone.