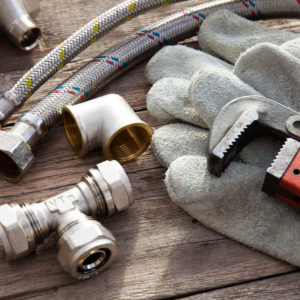 Congress Set to Act on Career and Technical Education Law

Legislation to update a billion dollar federal grant program that goes to supporting Career and Technical Education offerings is slated for markup in the House of Representatives’ Education and Workforce Committee next week. A similar version of the reauthorization of the law passed through the House with overwhelming bipartisan support last year before stalling out in the Senate.

Career and Technical Education, or CTE, sometimes called “vocational education” refers to educational programs that provide students the marketable skills to prepare them for a specific industry. CTE is typically contrasted with core subjects like math, English, or the humanities, in which students are taught general knowledge alongside more widely applicable skills. Students are most likely to take CTE courses, like home economics, auto mechanics, nursing, or computer engineering, in middle school, high school, or post-secondary school. Of students pursuing a post-secondary degree or credential in a CTE field, most are enrolled in public or for-profit two-year institutions, according to the Congressional Research Service.

Rep. Glenn Thompson, R-Pa., and Rep. Raja Krishnamoorthi, D-Ill., introduced the legislation reauthorizing the Carl D. Perkins Career and Technical Education Act last week along with six additional original co-sponsors—three Democrats and three Republicans. The current authorization of the law, which was last passed in 2006, expired in 2012. The programs governed by the law have been funded through continuing resolutions in the intervening years. Last year’s reauthorization attempt, which was also introduced by Thompson, passed the House in September by a 405 to 5 vote.

Alisha Hyslop is the director of public policy for the Association for Career and Technical Education, the largest nonprofit organization active in the field. Aside from a technical concern over the stringency with which CTE students are counted for accountability purposes, Hyslop said in a telephone interview with InsideSources that the current bill before the House’s education committee is a “good proposal.”

Almost all of the 1.1 billion dollars authorized each year through the Perkins Act gets split up among the states according to a population-weighted funding formula. From there, states are required to set aside most of the funds for local grant recipients, which typically include organizations like higher education institutions or local school districts. States are also permitted to set aside some of the federal funds for professional development, targeted innovation initiatives, and other overhead or administrative costs. All told, Hyslop estimates that the federal government contributes only about 5 to 10 percent of total state and local CTE outlays nationally.

The big change on the table for reauthorization, according to Hyslop, is a new mechanism that allows local grant recipients to better focus their use of federal CTE dollars. She said that educators and business leaders had come to her organization in recent years complaining that the law, as currently written, had become “unwieldy”—there were too many things grant recipients were required to invest in with not enough guidance on what to prioritize. Under the new proposal, local programs will be responsible for compiling “needs assessments” to justify more focused and impactful investments, said Hyslop. (She also pointed out that many of the better CTE programs nationally already do these kinds of forward-looking studies).

Overall, Hyslop said the current bill does a good job of streamlining provisions throughout the act. There are also elements of the Perkins reauthorization proposal that unify CTE policy with changes made to the Elementary and Secondary Education Act in 2015. She indicated that she would expect the federal government’s CTE program to operate more smoothly if the House proposal were to be enacted.

With top House education committee members from both parties on the record supporting the reauthorization proposal, the biggest looming potential obstacle to reauthorization remains the Senate. Hyslop said that the big sticking point last year was over how much power the secretary of education and the U.S. Department of Education should be allowed to wield over how CTE dollars are spent.

Predictably, Democrats want to keep the door open for a muscular education department that can reject or punish states that submit inadequate plans. Republicans are more inclined to limit the federal agency’s role in the area, and defer to the judgment of state policy-makers. Nonetheless, the issue’s relatively low profile, and a general consensus over many of the reauthorization proposal’s main provisions, are working in favor of passage.