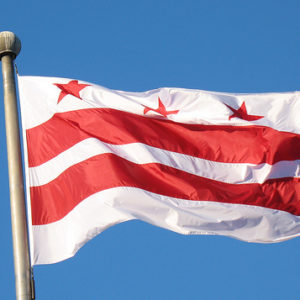 If you’re a New Hampshire voter and you get an email pushing statehood for the District of Columbia, it’s not a phishing scam or junk-mail mistake.

D.C. Democrats determined to achieve D.C. statehood have hired a media company and consultants in a push to change the political landscape.  And one of the states they are targeting is New Hampshire.

“Progressive Democrats outside the District of Columbia have become the newest foot soldiers in the city’s fight for statehood, excited by the notion that if the District became the 51st state, it would mean additional Democratic votes in Congress,” reports the Washington Post. D.C. Mayor Muriel Bowser “has launched a new, nearly $1 million campaign to build statehood support in 10 states that have bipartisan congressional delegations and represent different regions of the country.” These efforts include buying a million email addresses for a paid marketing campaign.

On the list of states: Maine and New Hampshire.

And D.C. statehood advocates are already making progress in the Granite State. Sen. Maggie Hassan is one of the co-sponsors of the “New Columbia Admission Act,” which would grant statehood to the District. “This bill would end a longstanding injustice and allow District of Columbia citizens to vote to become the state of New Columbia with full voting rights in Congress,” says its author, Sen. Tom Carper (D-DE)

All of the bills co-sponsors are Democrats, highlighting the partisan impetus for the movement,

Bo Shuff, executive director of the statehood advocacy group D.C. Vote, told the Post that activists should start by increasing support among Democrats.  “We thought it was important to build support among the base and solidify that support before expanding across the aisle,” Shuff said. 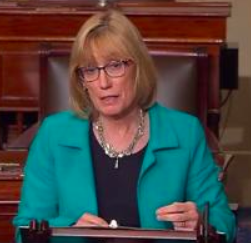 A slightly different plan promoted by local D.C. activists, envisions a “State of Washington, Douglass Commonwealth.”  Advocates argue that D.C. already has a larger population than two states and pays more taxes than 22 of them.   Some opponents note that they in fact pay the highest per-capita taxes in the nation, not exactly a trend conservatives want to promote.

Not that it’s likely to happen. Polls show Americans don’t support D.C. statehood, and granting that status would require amending the U.S. Constitution. That would mean a two-thirds majority vote in both the Senate and the House and then approval by the legislatures of at least three-fourths of the states.

That hasn’t stopped Sen. Hassan from signing up for the idea, and it won’t keep the emails out of your inbox in coming weeks.