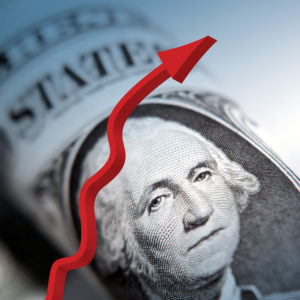 On the surface, the nation’s economy looks to be in great shape, especially if you own stocks.

But just as July 4 holiday beachgoers were concerned about what danger lies beneath the water’s surface, we should be worried about below-the-surface turbulence not reported in these feel-good economic stories.

While the Department of Labor reports June to be a strong month for job creation, it fails to report results for big businesses versus small businesses.  For that information, we can turn to another jobs report.

The ADP National Employment Report is a highly respected private sector assessment of the nation’s nonfarm private-sector payroll data. In theory, it is measuring the same state of jobs in the country as the Department of Labor statistics, but its methodology yields results that can be considered more accurate.

However, a closer look at this data shows that small businesses with fewer than 20 employees — which comprise the vast majority of small businesses — shed 37,000 jobs while those having 20-49 workers added 14,000 jobs.

These smallest of businesses are the canary in the coal mine.

Most net new jobs come from startups less than 5 years old with four or fewer employees.  Today our country is having a crisis in new small business startups.

There is something very wrong with our economy that is being masked by big corporations still living off the giant and permanent 40 percent tax rate cut they received from the 2017 tax law.

This tax reform drove stocks higher primarily for the benefit of shareholders and corporate executives. But corporate job growth is now running out of gas, down on average about 23 percent compared to last year at this time.

Unfortunately, June was the second consecutive month of economic danger warnings coming from small businesses, which employ about half of all Americans.

In May, ADP reported that small businesses with fewer than 20 employees, which make up about 67 percent of all businesses in the nation, shed 50,000 jobs.  Small businesses shrinking by 87,000 over two months should be newsworthy.

Unfortunately, not only is the press missing this economic story, but so are our elected leaders who can do something about it before we fall into a recession.

The key to any effort to promote the health of our small businesses is to deliver on the promises made by the proponents of the 2017 Tax Cuts and Jobs Act: Give the average family a raise to create more consumer demand for small business goods and services, and promote entrepreneurship and small business growth through proper tax policy.

The $4,000 extra income for families promised by the 2017 tax law never happened. In fact, half of all American families have less wealth today than they did 30 years ago.

Likewise, a poll by Businesses for Responsible Tax Reform found that 72 percent of small business owners say that the 2017 tax law had either no positive effect on their business or a negative effect.

For the sake of our economy, we must revisit the 2017 tax reform and do it right this time.

For families we must lower the cost of healthcare, education and childcare while removing the mountains of counter-productive college debt.  All of this will spur economic growth in our local communities.

To pay for all of this we can start by rolling back the 2017 tax cuts for corporations and the super-wealthy.

The danger beneath this shimmering economy’s surface is real.  It’s time for politicians and elected leaders to heed the warnings.