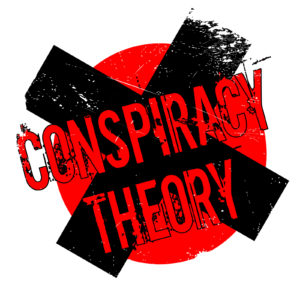 One hears about right-wing media sites, like Breitbart, InfoWars, and Gateway Pundit, spreading conservative conspiracy theories almost on a daily basis. The latest comes from Fox News’s Sean Hannity who kept talking about the debunked theory that Seth Rich, a staffer at the Democratic National Committee who was shot dead near his Washington, D.C. home, had supplied DNC documents to WikiLeaks and was killed for it. While those stories get covered extensively by mainstream media, a Dartmouth professor is concerned that liberal conspiracy theories are also being spread across social media.

In an interview with New Hampshire Public Radio last week, Brendan Nyhan, a professor of government at Dartmouth College and New York Times contributor, explained there are many conspiracy theories or fake news stories about President Donald Trump and his possible campaign connections to Russia.

“I’m seeing a disturbing trend of people taking the very serious and real questions about Russian interference and using that as a pretext for all sorts of wild and unsupported conspiracy theories. These are often coming from internet personalities and people who work on social media, but they’re infiltrating into the discourse more generally through liberal elites who are amplifying them. So we’re seeing a spread of these claims out into the mainstream in a way that I think is potentially worrisome.”

He points to several examples in the past few weeks of the spread of misinformation online that has reached a mainstream audience. On Lawrence O’Donnell’s MSNBC show “The Last Word,” he gave legs to the theory that Russian President Vladimir Putin ordered the chemical weapons massacre in Syria to help Trump’s popularity ratings by encouraging him to launch a missile strike.

“It’s important to remember Democrats spent the last eight years complaining about the birther myth and all sorts of conspiracy theories around Barack Obama and Hillary Clinton, and now just a few months later, here we are,” Nyhan said.

The rise of liberal conspiracy websites or social media personalities, especially on anything related to Trump and Russia, has been analyzed by a few media outlets.

“Liberals desperate to believe that the right conspiracy will take down Donald Trump promote their own purveyors of fake news,” wrote Sarah Jones of The New Republic.

“By embracing every single tweet or whisper as yet another piece of full-proof evidence of just how terrible Republicans are, Democrats run the risk of appearing like the boy who cried wolf to the public — and in the process taking some steam out of the very legitimate questions they are asking about the Trump administration,” wrote Chris Cillizza of CNN.

“They worry that the unfounded speculation and paranoia that infect the Russiasphere risk pushing liberals into the same black hole of conspiracy-mongering and fact-free insinuation that conservatives fell into during the Obama years. The fear is that this pollutes the party itself, derailing and discrediting the legitimate investigation into Russia investigation. It also risks degrading the Democratic Party — helping elevate shameless hucksters who know nothing about policy but are willing to spread misinformation in the service of gaining power.”

Another theory was spread after Republicans passed the American Health Care Act earlier this month. A reporter tweeted about a large supply of beer in the Capitol. Liberals took that ammo and fired off theories that spread like wildfire on social media that the beer was going to a GOP meeting celebrating the bill’s passage.

Cases upon cases of beer just rolled into the Capitol on a cart covered in a sheet. Spotted Bud Light peeking out from the sheet

The theory was later found to be false, and even though the reporter tweeted a correction, that tweet only got a handful of retweets. Mic’s headline is indicative of the early coverage: “Republicans celebrated taking away Americans’ health insurance with cases of beer.” (The millennial news site has since changed the headline to: “Reports of beer delivery to GOP health care celebration called into question.”)

But Nyhan said the damage was already done.

“People are looking for bits of factual information that seem to confirm a pre-existing narrative. This is the problem with confirmation bias,” he said. “We’re seeing that sort of pattern in much more serious circumstances when it comes to the Russia investigation where every piece of information that comes out is being spun and interpreted in the worst possible ways, and in some cases, we’re seeing outright fabrication and speculation being reported and amplified.”

Not everyone is convinced, though, that leftist conspiracy theories are being spread as much as conservative ones. Jeet Heer of The New Republic wrote a counterargument analysis saying while there’s no denying that conspiracy theories are spread on the left, only the Democratic Party acts “responsibly when faced with politically convenient, but obviously fantastic, stories.”

“There still exists a feedback loop on the left, so when a prominent person falls for a conspiracy theory, they are challenged by the media and willing to correct themselves,” he wrote. “Conversely, conservatives tend to adhere to a ‘no apologies’ ethos that makes admitting error verboten.”

In a survey administered by Survey Sampling International immediately after the election (Nov. 7-10, 2016), found that partisans’ conspiratorial predispositions can vary depending on which party holds political power. Democrats’ “conspiracy scores” increased significantly compared with a previous survey in July 2016.

Nyhan said everyone plays a part in spreading misinformation and more people should be willing to publicly correct themselves if they get a fact wrong or spread a debunked theory.

“We all can take some responsibility for this in the kinds of information we share on social media,” he said. “We’re all potentially complicit in the spread of misinformation. Everyone will be fooled. That’s part of the medium, for better or for worse. What I’ve been disappointed to see is how many people don’t exercise the appropriate care in what they do amplify and fail to correct the record when the information they’ve circulated turns out to be wrong.”