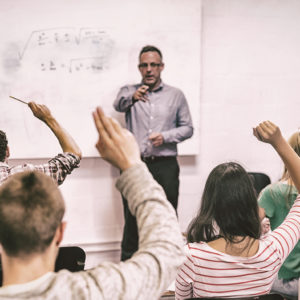 D.C. Is Getting Whiter and Richer, But Its Public Schools Still Struggle With Diversity

Washington, D.C. is richer, better educated and more diverse than ever.  The same, however, cannot be said of its public schools.

A new study by D.C. Policy Center, a local non-partisan think-tank, finds that while city schools are becoming more economically diverse, they still lack racial and ethnic diversity. “As D.C. continues to change, the schools that intentionally seek to serve a diverse student body will have to be thoughtful about how they get and maintain those students,” said Sonia C. Park, executive director of the Diverse Charter Schools Coalition.

The demographics of the city make diversity a tricky goal. The city’s school age population was 68 percent African-American during the 2016-2017 academic year, with an additional 18 percent being Latino and only 10 percent white. Within the public school system, however, African American students made up 90 percent of the student population.

Rather than trying to develop a racial quota system, the authors of the study tried to measure “how exposed students are to other groups in terms of race and ethnicity as well as economic status.” They believe that diversity in schools leads to increased educational achievement for African American students and fosters positive self-identity and equitable opportunity.

They found that 60 years after D.C. schools were officially desegregated, many students are still attending schools that are racially and economically homogeneous.

“The presence of students from different backgrounds in a school building creates the opportunity for all engaged in that school community – staff, families, students and community partners – to grapple collectively with the systemic and interpersonal influences that continue,” says Laura Wilson Phelan, representative to the State Board of Education for Ward 1.

But is that what parents want? The data did not consider school diversity in relationship to neighborhood ethnic makeup, which makes the question tricky to answer. Although students generally attend school within 10-15 min of their homes, the majority do not attend the “in-boundary” school in their neighborhood and the researchers did not offer a conclusion as to what impact that had.

They nevertheless remained confident that a lack of diversity would hurt students.

“This uneven distribution of students limits any benefits that D.C.’s students could receive at diverse schools, including more educational attainment, improved adult health outcomes, and lower rates of incarceration,” the report concluded.

The solution to this diversity problem remains clear, since school choice seems to be making the diversity problem worse. Students are more likely to attend their local or “in-boundary” school when that school is both ethnically diverse and has low levels of at-risk students. If they live closest to a school that is ethnically homogenous and has high levels of at-risk students, then parents are likely to send their children to schools further away.

These findings dovetail with the results of other studies the group released earlier this year, which tried to predict the education choices that Millennials will make for their children in the coming years. Understanding the future of D.C. schools is important as this cohort settles down and begin raising families in the area, a trend which is expected to increase enrollment in city schools by 21,100 students over ten years, nearly 7,000 more students than were added in the previous decade.

To get parents to choose public schools for their kids, these schools need to be seen as academically rigorous. Underlying the questions about racial and economic diversity is the implication that more highly educated, middle-income white residents may be choosing private schools for their children. Keeping these students may require additional reforms.

Charter schools offer one solution to this problem and one which is increasingly attractive to D.C. parents. The study found that “given the high share of enrollment at public charter schools and traditional public schools from out-of-boundary, there is potential for certain schools to reflect the same amount of diversity as exists across all public school students.”

Like other cities across the country, D.C. has undergone a dramatic change in the last two decades. New residents have revitalized many downtown neighborhoods and thousands of people continue to move into the area each year. These changes are continuing to ripple through the district, affecting not just the business and culture of the city, but also community organizations like schools. As the study shows, some shifts occur more slowly than others.