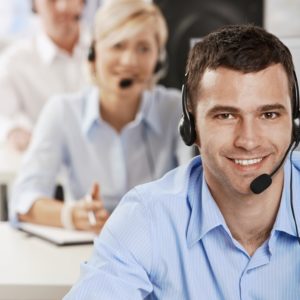 Posted to Finance October 04, 2019 by Thomas A. Hemphill and Syagnik Banerjee

Services have always relied on building and maintaining relationships with bonds of trust that have helped sustain customer loyalty, enabling the creation of higher customer lifetime value to the concerned firm. This exchange, facilitated by “touchpoints,” includes face-to-face interactions that have built the necessary empathy for organizations to understand better their customers’ needs.

However, the technological advancements in recent times — coupled with the consumer data explosion — have removed the human touchpoints and automated the collection of customer data, unleashing a trend toward mass-personalization.

Thus, in the process of trying to engineer personalized services and features for everyone, the artificial intelligence machinery has eliminated the role of deliberate consent and voluntary disclosure of relevant needs, only to estimate relevance from large datasets. As a result, the mass personalization engine that determines target advertisements and product recommendations has also reduced the affective commitment otherwise generated from human interactions. Hence, attempts at automating personalization over the last decade has resulted in increased de-personalization of the American consumer experience.

From the perspective of the firm, a technology substitute has many advantages over its employee counterpart: it does not have a “bad day,” calls in sick or threatens to unionize. In other words, it can reduce labor costs and managerial headaches. For those customers who are anti-social to begin with, not interacting with a less-than-cheery human being is simply a psychic “plus” for the day.

However, for the rest of us “social creatures,” the human interaction in commercial activity is something we look forward to — especially when there are customer problems to solve. Moreover, in a 2010 survey of consumers undertaken by Genesys, a consumer market research firm, “being trapped in automated self-service,” “forced to wait too long for service,” and “cannot switch between communication channels easily,” were three of the five most significant root causes of poor service — all omnipresent in technology-based service systems.

So what do American consumers think of the quality of their customer service? In a 2017 survey, the Microsoft Corporation found that 54 percent of consumers have higher expectations for customer service compared to one year earlier, and this number increases to 66 percent for customers 18-34 years old. Likewise, in a 2017 Customer Service Barometer, American Express found that 33 percent of American consumers report that they will consider switching companies after just a single instance of poor service; but after having a positive experience with a company, the Temkin Group found in its 2016 survey that 77 percent of customers would recommend it to a friend.

An example of this de-personalizing of the customer experience emanates from the education sector. Altschool, started up by ex-Google and Facebook employees, attempted to create an EdTech space with technology-enabled personalized learning that would help students escape the “industrial-age” approach to school education. Despite skepticism from earlier studies, which did not observe technology-enabled improvements in school learning, the company was able to accumulate enough interest and subsequent funding. However, it turned out that when every student worked on something different, as a group they did not effectively collaborate, compete, or learn from each other.

Because of significant opposition generated from parents who were dissatisfied with the lack of direct teacher supervision and the quality of the student’s learning, in September 2019, Altschool withdrew from managing its operations in four of its for-profit schools in New York and San Francisco.

Contrastingly, in a 2018 J.D. Power study, USAA, a national financial services firm servicing 12.4 million American veterans and their dependents, was ranked by customers “among the best” in the financial services sector for insurance shopping (auto), auto insurance claims satisfaction, home insurance, and property insurance claims. Furthermore, in a May 2018 report prepared by Raddon, a marketing research firm, 64 percent of USAA members reported that they were “very satisfied” with the company and its services — a percentage that is more than 50 percent higher than the 40 percent response rate for credit unions (historically ranked higher than banks).

Interestingly, Raddon found that most interactions by members with USAA are digital — although not surprising since USAA operates with essentially no (only four) physical branch locations. By analyzing their member survey responses, Raddon also found the top factors for its members’ satisfaction were “accuracy” and “problem resolution,” the latter factor effectively addressed through offline customer service.

Other studies have also shown that disclosing a chatbot’s identity before the machine-customer conversation reduces purchase likelihood by almost 80 percent. When consumers know the conversational partner is not a human, they purchase less because they perceive the machine as less empathetic.

Sadly, the emphasis today by major corporations is to gauge the consumers’ “breakpoint”, i.e., how far customers can be pushed before they will leave the company and lose the sale. As noted by business journalist Sharon Terlep (in her August 3-4, 2019 article “Please Continue to Fume”) in The Wall Street Journal: “Today, companies crunch data and use artificial intelligence to determine exactly how angry a customer has to be to bolt. Many are walking right up to that line.”

The perception of customer service as deteriorating appears to be more than just perception: it is a fact for many companies looking to reduce operational expenses without significant customer loss.

However, as USAA has shown, its performance metrics (and customer brand loyalty) remains high due to its strategic marriage of easy-to-use online and effective customer telephone assistance on critical personal services, such as the issue of “problem resolution.”

Direct personal customer service assistance always matters. In the near future, many businesses are going to find that they have not accurately gauged the customer satisfaction “breakpoint,” and that companies operating like USAA will be the ultimate beneficiaries at their competitive loss.