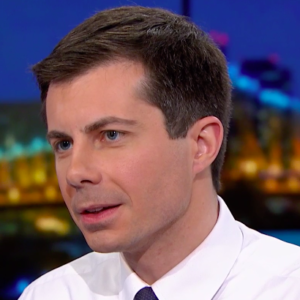 Well, except for the “mandatory” part.

Calling for a national service program is the sort of high-profile policy initiative that can help a Democratic president candidate break out of the ever-growing pack.  It’s an idea that frequently inspires applause at campaign stops and polls show that it’s relatively popular with voters.

So it’s no surprise that John Delaney got a lot of media attention when he released his  ”National Service and Climate Corps Program,” designed to address both climate change and concerns about our fraying society. “It would unify us; it would bring Americans together,” he told InsideSources as he traveled across the Granite State touting his plan. “We have to restore a sense of common purpose and unity to our country.”

Fellow 2020 hopeful Mayor Pete Buttigieg is a fellow national service fan, telling MSNBC’s Rachel Maddow that he “hopes national service will become one of the themes of the 2020 election.” Buttigieg calling a post-high-school year of national service “a way to address the threat to social cohesion that characterizes this presidency and this era.”

Unlike Delaney, Pete Buttigieg doesn’t have a specific plan—in fact, the subject of national service isn’t anywhere on his campaign website.

But what neither has is the essential element of mandatory national service: A mandate.

“Oh, no, this is not mandatory,” Delaney was quick to point out to InsideSources. “It’s an opportunity, not an obligation.”

Buttigieg’s plan is also “not legally obligatory.” Which means what both candidates describe as “national service” is merely another voluntary charitable service similar to the existing AmeriCorps program.

Latiff is the author of “Future War: Preparing for the New Global Battlefield” in which he promotes the benefits of mandatory national service.  To achieve the goal of repairing our fraying social contract, Latiff argues “there has to be some mandate.”  One idea he finds intriguing is a national service requirement to access future government benefits like Social Security.

Buttigieg and Delaney both reject any mandate, however, and instead hope to use social pressure, public acclaim and, if necessary, cash payouts to get young people to participate.

“One thing we could do would be to make it, if not legally obligatory, but certainly a social norm that anybody after they’re 18 spends a year in national service,” Buttigieg said on MSNBC.  “So that afterward, whether it’s civilian or military, it’s the first question in your college application or when you apply for a job.”

Delaney wants to use scholarship money and cash payments to promote participation, along with peer pressure. “No, it is not mandatory,” he told InsideSources, “But it’s going to be so darn exciting everyone’s going to want to do it,” Delaney says. “All kinds of benefits would accrue, not only for these kids but, I think, every American.”

Latiff is skeptical “Depending on people saying ‘That’s cool, let’s do it!’ isn’t going to get it done.”

So why not make it mandatory?

“Well, for one thing, it’s probably unconstitutional,” Delaney concedes. And most legal scholars agree. “It is an idea that undermines one of the fundamental principles of a free society: that people own themselves and their labor,” said George Mason Law School professor Ilya Somin at a panel on mandatory national service organized by the National Commission on Military, National, and Public Service last year.

“We are not the property of the government, of a majority of the population, or of some employer. Mandatory national service is a frontal attack on that principle because it is a form of forced labor—literally so,” Somin said.

Then there’s the cost.  The current AmeriCorps program has 75,000 members and costs $425 million.  About 3.5 million people graduate from high school each year, and another million or so drop out.  Using these numbers, expanding AmeriCorps to a national program would cost about $25 billion per year. Not to mention the impact on the economy of pulling millions out of the workforce, particularly at a time like today when employers are struggling to find workers to fill available jobs.

“Good economies come and go,” Delaney said. “National service is enduring. You have to decide it’s a fundamental good for society.”

And while polls show some support for the idea in the abstract, recent evidence indicates that the young people impacted by it don’t like it as a concrete plan.  In January 2018 during his U.S. Senate campaign in Texas, Beto O’Rourke announced his support for “a national service bill that will require every young person, no matter how wealthy or how poor, to spend at least a year of their lives in service to this country.” He was interrupted by applause.

Less than a week later, O’Rourke completely abandoned the idea.

“[Mandatory] is a word that has concerned a lot of you,” O’Rourke said to supporters during a Facebook Live event. “And I’ve got to tell you, you’re right.

“I think I got way out in front of this without having the necessary conversation. Talking about this being a requirement for everybody, that’s a few steps beyond the conversation that we’ve had already.”

Buttigieg and Delaney have gotten the message. Instead of a bold initiative that would require sacrifice but could have a major impact, they’re promoting a volunteer charity effort that like current programs would largely go ignored…but sounds like a bold, courageous initiative.

In politics, cynical manipulations of idealistic proposals like this are considered mandatory.