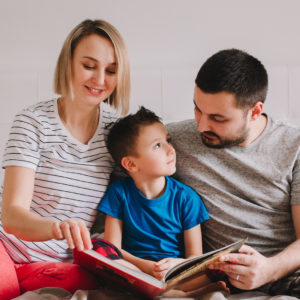 A Democratic legislator’s comment that working-class parents aren’t competent enough to oversee their own children’s education has sparked a political backlash and new charges that American progressives are out-of-touch elitists.

New Hampshire State Sen. Jeanne Dietsch was speaking on behalf of her bill that would limit parents’ access to alternative education choices currently available in the Granite State.

“This idea of parental choice, that’s great if the parent is well-educated. There are some families that’s perfect for. But to make it available to everyone? No. I think you’re asking for a huge amount of trouble,” Dietsch said.

“Is it your belief that only well-educated parents can make proper decisions for what’s in the best interest of their children?” asked a dumbfounded Republican during the hearing.

Rather than saying “no,” Dietsch instead repeated her view that parents without college degrees are less capable of overseeing their children’s education.

“In a democracy, and particularly in the United States, public education has been the means for people to move up to greater opportunities, for each generation to be able to succeed more than their parents have. My father didn’t graduate from high school, so it was really important that I went to college,” Dietsch said. “Would my father have known what courses I should be taking? I don’t think so.”

When a fellow Democrat on the committee tried to step in and prevent her from following this politically problematic line, Dietsch interrupted to reaffirm her position.

“Sometimes opponents of choice in education say the quiet part out loud,” Corey A. DeAngelis, director of school choice at Reason Foundation, told InsideSources. “Opposition to educational freedom often comes from the paternalistic idea that disadvantaged families aren’t capable of choosing services for their own children. That’s wrong. Families are a lot more likely to have the information needed to made good choices for their own children — and a lot more likely to care more about their well-being — than bureaucrats.”

And while organized labor is a traditional ally of Democratic politicians, Dietsch’s words did not sit well with the local carpenter’s union.

“We’d suggest that anyone who really does think carpenters and well-educated people belong in different categories hasn’t tried to build anything more complicated than a birdhouse or found their way around a job with a set of prints,” Bert Durand, communications director for the North Atlantic States Regional Council of Carpenters, told InsideSources.

Education choice — charter schools, alternative public education, school choice, etc. — has long been a fissure inside the Democratic coalition. Education unions, who are extremely powerful inside the party, oppose these reforms. People of color, often with children trapped in failing public schools, frequently support programs that give them access to higher-quality education.

“There are a lot of black and brown parents who are unhappy about that,” says Amy Wilkins of the National Alliance for Public Charter Schools. “There is huge support in the African-American community and the Latino community for charter schools.”

According to a 2019 Education Next poll, 66 percent of African Americans support private-school vouchers to low-income families, and 55 percent support public charter schools.

During her unsuccessful bid for the presidency, for example, Sen. Elizabeth Warren (D-Mass.) was confronted by African-American parents in Atlanta about a plan to pull all federal funding for charter schools. When a parent demanded, “We are going to have the same choice that you had for your kids, because I read that your children went to private schools.” Warren quietly responded, “No, my children went to public schools.”

In fact, Warrens’ son attended two elite private academies during his K-12 education, and Warren was forced to backtrack.

Dietsch’s elitist argument comes at a time when her party is struggling to bring working-class voters back into the fold.

Enough of them abandoned the Democrats in 2016 to hand Donald Trump an improbable win, picking up traditional trade union strongholds like Michigan, Pennsylvania and Wisconsin. She also bolsters the belief that Democratic opposition to education choice is based in a dismissive attitude toward average Americans.

Asked for a comment, N.H. Commissioner of Education Frank Edelblut said: “I believe all New Hampshire parents want the best education possible for their children, and should be empowered with choice and options to make that possible.”