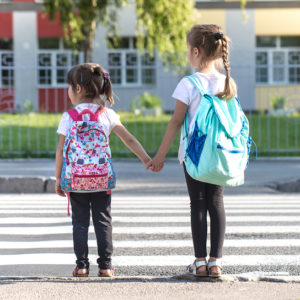 It’s the week before Labor Day. Do you know where your kids are?

In most of America the answer is “Already in school.”

Which is why politicians in places like New Hampshire and Colorado are pushing back, hoping to delay the official start day of public school season until after Labor Day — thus far with mixed results.

As a political issue, starting school after Labor Day looks like a winner. Parents tell pollsters they want to push the start date back, and the business community — particularly in the tourism, hospitality and food service industries — is lobbying hard for a later school start.

And then there are what might be called humanitarian considerations. With around 70 percent of schools open before the end of August, millions of kids are being loaded onto (often un-air conditioned) buses to sit in stifling classrooms in extreme heat and humidity.

“For kids from New York to New Mexico, going to school in August usually means hot, sweaty days in the classroom,” meteorologist Joe Bastardi of WeatherBell.com told InsideSources. “Even in New England, it’s often in the 80s this time of year.  And in places like Texas and Florida? It’s brutal.”

When New Hampshire’s Republican Gov. Chris Sununu launched a “Save Our Summers” push last year, it began with a lot of promise. The temperatures in parts of New Hampshire that week were in the 90s and schools across the region ended up dismissing early or canceling classes entirely due to the heat.

Sununu, who grew up near the popular Canobie Lake amusement park that relies on family tourism and teen workers, and who once ran the Waterville Valley ski resort, knows the issues of schools and summer work personally.

“When I was a kid growing up in New Hampshire public schools, nearly everyone started after Labor Day,” Sununu told InsideSources.  “As our Save our Summers Study Commission noted, starting school after Labor Day would increase economic activity, provide students an opportunity at work experience, allow for families to spend extra time together, and raise state revenues — a win for everyone.”

Tourism is a key part of the Granite State economy, expected to bring in close to $1.9 billion in spending according to the state’s Division of Travel and Tourism Development, and employing some 68,000 people. And yet his efforts died in the legislature last year. He’s renewed his “Save Our Schools” initiative, but there doesn’t appear to be much momentum.

There’s a similar struggle in Michigan, where the state passed a law in 2005 mandating post-Labor-Day public school openings in response to pressure from both parents and local employers. And it appeared to work.

According to a study by Michigan-based Anderson Economic Group, hotel room stays in the state jumped by more than 40,000 in 2007 — the first year the new law took effect — adding between $4 and $5 million in Michigan tourism revenue to an industry that employed more than 200,000 workers in 2017 and generated $2.7 billion in state and local taxes.

Michigan’s example reflects findings from numerous studies across the country showing that starting school after the unofficial end of the summer vacation season increases tourism, adds revenue to state coffers and keeps kids working at summer jobs where employers need them.

According to a 2012 study by the University of Minnesota, “a post-Labor Day school start increases the likelihood that families report at least one trip of two or more nights away from home in the month of August or September by 50 percent…. The overall effect on the number of trips [is] substantial.”

But that hasn’t stopped nearly 200 Michigan school districts from applying for — and receiving — vouchers allowing them to evade the law and open earlier. The argument from educators is that early start dates are needed to improve test scores. But schools have been opening earlier steadily over the past decade, while student performance has remained flat.

Michigan is one of just a handful of states with rules in place to keep schools from opening before summer’s end.  Virginia’s law mandating a post-Labor-Day start date, known as the “King’s Dominion Law” after a popular local amusement park, was repealed earlier.

And when Maryland Gov. Larry Hogan issued an edict ordering schools not to open until Labor Day, polls showed 68 percent of the state agreed with him.  And yet the legislature pushed through a law over Hogan’s veto allowing earlier school openings, in part to protect so-called “teacher workdays” popular with members of the union.

This appears to be the divide: Busy parents and sweaty kids on one side; government officials and their union allies on the other. For the former, the school start date is an inconvenience—one of the many they deal with in their busy lives. But for government bureaucrats and teachers union officials, fighting against a post-Labor Day start date is their day job.