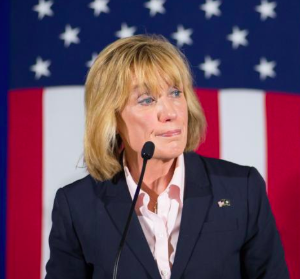 When WMUR’s John DiStaso broke the story that presumptive Democratic nominee Joe Biden had reached out to both New Hampshire U.S. senators as possible vice presidential picks, it set off a mini-firestorm in the media.

But among Granite State political insiders, mostly shrugs. They know it’s not a serious scenario. Why not?

DiStaso’s tweet set off a series of media reports on the status of the Biden veepstakes. Both WMUR and NBC confirmed Shaheen was out, while Hassan issued a less-than-Shermanesque statement:

“I’m flattered that Vice President Biden publicly mentioned my name as someone whom he would consider. I am not going to comment about his process, whatever that may be. My focus each and every day continues to be serving the people of New Hampshire in the United States Senate.”

Meanwhile, CBS News reported that “Joe Biden has formally asked Amy Klobuchar to go through the vetting process to become his vice president. He is reportedly considering a dozen women to be his running mate.” Also confirmed to be on the list are Michigan Gov. Gretchen Whitmer and Florida Rep. Val Demings, who said Wednesday she is on “the shortlist.”

“If Vice President Biden asked me to serve along with him, I would be honored to do just that,” Demings said.

Biden says he expects the vetting process to take five to eight weeks, and he has pledged that his VP pick will be a woman.

So why not Hassan or Shaheen? It’s certainly not a lack of qualifications.

“What’s interesting is both of them bring some similar experience,” veteran Democratic strategist Jim Demers told NHJournal. “Both are U.S. Senators. Both have served as governor. Both have even served in the state senate. Not many people have that kind of federal and state experience. Having governed a state is a real plus, and that combined with serving in the U.S. Senate is quite unique.”

New Hampshire DNC Committeewoman Kathy Sullivan also had high praise for both senators, and she listed Hassan’s potential strengths. “She brings three things to the ticket: Executive experience, U.S. Senate experience, and a compelling life story. Senator Hassan got into public service because of her son, not from a sense of burning ambition.”

“Oh, and a fourth,” Sullivan added. “She’s from the pragmatic wing of the party.”

All that may be true, but neither Hassan nor Shaheen can get past the ultimate obstacle to appearing on the 2020 ticket: Gov. Chris Sununu.

If the Biden/Hassan ticket were to win, it would leave a U.S. Senate vacancy to be filled by New Hampshire’s Republican governor. And unlike Massachusetts’ Charlie Baker, Sununu actually is a practicing Republican. He would appoint a Republican to replace Hassan, and the race for control of the Senate is so tight, his pick could determine which party is in control.

Democrats are not going to let that happen. Certainly not for a senator from a state the GOP has won just once since George H. W. Bush carried the state’s four Electoral College votes in 1988.

The Republican National Committee sent out a statement Thursday taking a token swipe at the two Democrats: “Jeanne Shaheen and Maggie Hassan continue to ignore the credible allegations of sexual assault made against Joe Biden by Tara Reade. Now, Hassan wants to be Biden’s running mate while Shaheen is ‘honored to be considered?’ This only further proves that Hassan and Shaheen will only believe women when it is politically advantageous for them.”

But it’s pro forma stuff. Nobody believes there’s a serious chance Sen. Hassan will be on the 2020 ticket.