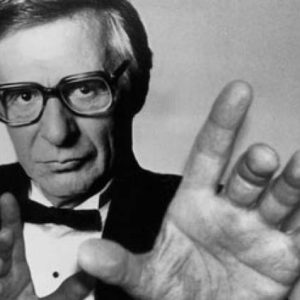 In his coverage of the Kavanaugh hearings, the L.A. Times’ Michael McGough wrote that California senator Kamala Harris’s “mind-reading act…failed miserably.”  Turns out he was wrong. Her act apparently worked on U.S. Senator Jeanne Shaheen.

On Monday, Shaheen released a statement announcing she will be voting against Judge Brett Kavanaugh’s confirmation to the Supreme Court. In her statement, she doesn’t deny the experienced jurist’s qualifications or abilities. Instead, she argues that he should be rejected on pure politics.

“While much of Judge Kavanaugh’s record remains a mystery, what we do know is extremely troubling and dangerously out of step with the American people, particularly on critical issues including executive power, abortion rights and pre-existing conditions,”  the New Hampshire Democrat said in a statement. “The President remains the focus of a sprawling criminal probe and has nominated a judge to the Supreme Court with an expansive view of executive power – no one, not even the President, is above the law and no defendant should be permitted to choose his or her own judge.”  Shaheen then adds this puzzling claim:

“Furthermore, Judge Kavanaugh’s inability to remember if he has discussed the Special Counsel’s investigation with President Trump’s defense team is extremely alarming.”

The New Hampshire Democrat is apparently referring to the bizarre, would-be ‘Perry Mason’ moment from the Senate Judiciary Hearings when Sen. Harris asked a series of vague questions about whether Judge Kavanaugh had ever spoken to anyone from the law firm of Kasowitz Benson Torres. The head of that firm was, for a short time, President Trump’s personal lawyer handling the Robert Mueller investigation.

At one point, after asking if Kavanaugh “had discussed [Robert S.] Mueller or his investigation with anyone at Kasowitz Benson Torres,” Sen. Harris added ominously: “Be sure about your answer, sir.”

The exchanged sparked a great deal of attention on social media in Democratic quarters, but in the end the line of questioning was debunked.

The Kasowitz Benson Torres law firm has hundreds of attorneys on staff and nine offices across the U.S.  Kavanaugh, not surprisingly, couldn’t answer an open-ended question about whether he had spoken to anyone, ever,  at the firm, and whether if in one of those conversations the topic of the Mueller probe—aka “the news on the front page of the newspapers for over a year”– had ever come up.

As Kavanaugh struggled to answer an inanswerable question, Harris “engaged in Kreskin-like mind-reading,” as the LA. Times’ McGough described it, staring at Kavanaugh and intoning:  “I think you’re thinking of someone and you don’t want to tell us.”

The day after this bizarre performance, the issue was put to rest in follow-up questioning from Harris and Connecticut Sen. Richard Blumenthal, with Kavanauth stating flatly there were no “inappropriate” conversation with anyone from the firm.

The head of the law firm himself, Marc Kasowitz, said in a statement that “there have been no discussions regarding Robert Mueller’s investigation between Judge Kavanaugh and anyone at our firm.” Harris has dropped the line of questioning entirely.

“It wasn’t a trick question,” Harris spokeswoman Lily Adams insisted afterwards. Harris claimed she had “reliable” information that some conversation with Kavanaugh and an unnamed attorney had occurred, but she declined to share either the information or its source.  And Harris told reporters the Senator had no plans on following up on this “reliable” information either.

As the San Francisco Chronicle headline put it: “Kamala Harris’ viral grilling of Kavanaugh ends with a thud.”

Except in New Hampshire, where it was apparently a hit.  Days after the story was debunked, Sen. Shaheen was still shilling it as a reason to vote against Kavanaugh’s confirmation.

Why? Is it part of a the broad effort by Democrats to de-rail the Kavanaugh nomination by any means necessary–an effort marred by patently false allegations and doctored videos? Is Sen. Shaheen just doing her part in what National Review magazine calls the “character assassination” of Judge Kavanaugh.

There are Democrats who appear willing to give Judge Kavanaugh a fair hearing and consider him based on qualifications, not partisan consideration. As many as four Senate Democrats– Donnelly, Heitkamp, Manchin and Tester– are reportedly open to backing Kavanaugh’s confirmation.

Meanwhile, Shaheen’s staff declined to respond to multiple inquiries regarding why the senator is still making claims about “Kavanaugh’s inability to remember” something that didn’t happen.