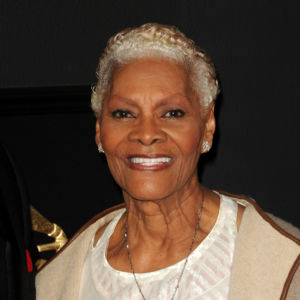 Dionne Warwick, One of a Kind, From Another Time

Dionne Warwick didn’t particularly like singing, “Do You Know the Way to San Jose.” She thought parts of the tune were too corny, such as the “Whoa, Whoa, Whoa, Whoa” background vocal segment.

“I hated that song,” Warwick told us with candor. “I only did it because of Hal David.”

The song ultimately became a major international hit, selling millions of copies and topping the charts from the United States to England to Australia to Japan. Ironically, the “San Jose” song proved serendipitous as Warwick garnered her first Grammy Award, in 1969.

Then, “I was crying all the way to the bank,” Warwick quipped.

That line drew hearty laughter from a nostalgic Washington audience recently attending a four-hour celebration reception/dinner/movie screening/panel discussion for a film documentary honoring iconic lyricist Hal David, who wrote hit song after hit song “on matters of the heart.” The documentary, “What the World Needs Now: Words by Hal David,” has been airing at different times and dates from city to city on PBS channels.

David, a journalism major who transitioned from writing advertising copy for the New York Post to the music studio, Warwick and star composer/arranger Burt Bacharach were a perfect storm. “We were known in the industry as the ‘Triangle Marriage,’” said Warwick, who was discovered by David and Bacharach in a nondescript New York bar while she was a college student in 1961.

Their genre was soft pop music. Some call it easy listening sounds, with a touch of silky and smoothie that catapulted Warwick to sales of 100 million records. Others, such as Baby Boomers relishing their maturity, use the term “Grown Folks Music,” as they yearn for the sounds and palates of 50 years past.

That means no vile profanity, no silly kid stuff, no sexual innuendos, no demeaning misogyny. In other words, you could actually hear the words, understand the lyrics, comprehend the meaning — and not be offended at the end.

It was a different mindset and standard, for sure, from today’s often muddled, high-tech, electronically enhanced vocalists who, truthfully, sometimes have no pure singing voices.

“We each had something to offer,” the 78-year-old Warwick explained, wistfully. “Each of us brought something to the table. Hal wrote words that meant something. Burt, of course, wrote the most incredible music compositions.”

In those days, many singers performed with orchestras; today, switch on a computer, do the digital thing, and music engineers can transform anyone into a star — fake or otherwise.

On this night in the nation’s capital, the brilliance of the David-Warwick-Bacharach triumvirate was so real to so many who adored those inimitable tunes of their era. The trio recorded such classics as “Walk on By” and “Say a Little Prayer” and “Promises, Promises” and “This Girl’s in Love With You” and “I’ll Never Fall in Love Again,” which garnered Warwick her second Grammy, in 1971. Late that year, Warwick left the Scepter record label — which led to matters being complicated with partners David and Bacharach and eventually a breakup — to join Warner Brothers, where she signed a five-year, $5 million contract, the

largest deal for a female recording artist at that time.

Another advantage entertainers enjoyed in the 1960s and 1970s was the popular television tradition of variety shows and one-night, one-hour specials, which are obsolete these days.

Warwick acknowledged that she and Bacharach sometimes were at odds in the music studio, saying, “Burt and I were like oil and water sometimes.”

She added, “He hated me sometimes, and I know I hated him at times. But Hal was the calming influence. He would say, ‘Calm down, babies.’ Hal was the stabilizing force.”

Warwick also announced the release of her new CD, appropriately titled, “She’s Back.” It’s her first music recording in five and a half years and was produced by her son Damon Elliott.

She collaborated with such veteran voices as Brian McKnight and Kenny Lattimore and even a couple of rappers on some of the tracks. And, yes, with lyrics from the cleaner side of the pendulum.

She seemed surprised that the rap genre could actually mesh with her relaxed, inoffensive, easy-going and inoffensive music style from yesteryear. But, apparently, it did, even in 2019.

Guess it takes all kinds these days.

Though Dionne Warwick is one of a kind. From another time.