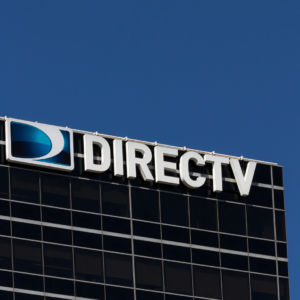 DirecTV Now Offers 100 Channels for $35, but a Challenge May Arise in Washington

On Wednesday, AT&T is launching the latest over-the-top video service aimed at cord-cutters and “cord-nevers” Monday with DirecTV Now — the cheapest service with the most channels yet from a traditional pay-TV provider.

“This is the foundation for how we’re going to do things in the future,” AT&T Entertainment Group CEO John Stakey said during the DirecTV Now launch event Monday, referring to the company’s vertically-integrated business model with content providers DirecTV and, should its proposed $85 billion merger be approved, Time Warner.

“For the first time we have control of the full stack.”

The service is aimed at keeping traditional satellite and cable pay-TV providers competitive in the growing market of young cord cutters that subscribe to streaming services Netflix, Hulu and Amazon Prime as their source of video entertainment. The rapid growth and popularity of such services contribute largely to what many have dubbed the next golden age of television.

DirecTV Now starts at a millennial-friendly price of $35 a month for more than 100 live-streamed channels including programming from 21st Century Fox, AMC, Disney, Starz, ESPN, NBCUniversal, Viacom and proposed merger partner Time Warner, which owns CNN and HBO. The $35 for 100 channels will be a limited time offer, after which the price structure starts at $35 for the first 60 channels, $50 for 80 channels and $70 for more than 120 channels.

Those who get in on the ground floor will be grandfathered into the $35 for 100 channels even after the startup period ends. Subscribers can add select premium channels like HBO or Cinemax to their plan of choice for another $5.

Missing from the service is Showtime and broadcast heavyweight CBS and its lineup of popular shows including “The Big Bang Theory” and NFL coverage (the network offers its own streaming service for $5.99 a month).

The service is hardware-free, provided users have an existing internet connection and streaming platform. Those who don’t can get a free Amazon Fire TV Stick for signing up for one month of service or an Apple TV for three months. Subscribers will have a 72-hour window to watch shows they missed with a DVR-like function in addition to video-on-demand with some 14,000 titles available to stream at launch.

Subscribers will have limited access to local programming via DirecTV’s inclusion of NBC in some markets but only on certain devices like computers and mobile. In a possible deal-breaker for households with multiple TVs, AT&T CEO Randall Stephenson told investors in October customers will be limited to only one or two simultaneous streams.

DirecTV is entering the over-the-top video market behind Dish Network’s more-affordably priced $20 Sling TV service for 31 channels and Sony PlayStation Vue’s 100 channels for $65 — a price that includes premium channels Showtime and HBO. But the AT&T-owned TV provider is still inching in ahead of likely Silicon Valley competition from tech firms like Apple and Alphabet — the parent company of Google and YouTube — both of whom are rumored to be working on their own services, and came close to breaking pay-TV providers’ set-top box monopoly with an FCC-abandoned rulemaking this fall.

The same agency has already put AT&T on notice for a DirecTV Now bonus to the carrier’s wireless subscribers — the ability to stream unlimited video from AT&T-owned video content like that it’s looking to acquire via the company’s $85-plus billion bid to buy Time Warner. Known as zero-rating, net neutrality advocates claim the practice disadvantages competitors who would have to pay AT&T to keep their apps from counting against subscriber data caps. But others believe zero-rating is a boon for consumers who will save money.

Though AT&T is now the largest pay-TV provider in the U.S. with more than 25 million DirecTV subscribers, profits from DirecTV Now will be slim according to analyst Craig Moffett of MoffettNathanson, who said the provider is playing a “dangerous game” with a base price that could cannibalize its own subscribership, which has around a $60 gross margin.

Moffett estimated the monthly programming expense DirecTV will incur for the service will be $34, leaving AT&T in the red after subscriber acquisition cost, customer service, transport, computing and storage costs.

“That would leave DirecTV’s gross margin per subscriber at around $1,” he said in October.

During Monday’s launch event the company revealed the platform would be largely supported by a new data monetization and targeted advertising model, which will harness subscriber data for advertisers to keep the service affordable, though prices are expected to change.

The service could face some headwinds from the incoming administration of President-elect Donald Trump, who along with transition advisers threatened to block the Time Warner deal.

“As an example of the power structure I’m fighting,” Trump said at a campaign stop in Pennsylvania in October, “AT&T is buying Time Warner and thus CNN, a deal we will not approve in my administration because it’s too much concentration of power in the hands of too few.”

“AT&T’s proposed acquisition of Time Warner likely has a higher probability of getting approved given the impending power shift in Washington, D.C.,” Handler wrote to clients last week. “We now view the likelihood of AT&T/Time Warner getting approved as a 70/30 proposition based on a recent expert discussion we held.”