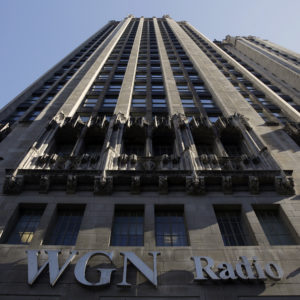 Groups seeking to block the pending Sinclair-Tribune merger ramped up their efforts this week by formally asking the Federal Communications Commission to deny mega-media consolidation.

Dish Network, T-Mobile and cable trade groups filed petitions with the FCC before this week’s deadline to comment on the proposed merger. If approved by the Justice Department and the FCC, they warn, Sinclair will have the power to raise prices for its programming across the U.S., incentive to scale back local news broadcasts and hinder efforts to repurpose some broadcast airwaves into bands for mobile wireless.

“Sinclair’s pattern and practice have become a matter of record: buy a station, cut the local staff, move resources and decision-making to corporate headquarters, and let localism suffer,” comments from Dish read. “Sinclair’s recent earnings call removes any lingering doubt over whether that pattern and practice will somehow abate with this acquisition. In the words of Sinclair’s CEO: ‘right now there are three to five local players, and to us that doesn’t make sense.'”

The deal would give Sinclair more than 200 stations across the U.S., including over 130 stations affiliated with the four biggest broadcast networks in the U.S.: ABC, CBS, NBC and Fox. The stations stretch across more than 100 markets, including 40 of the top 50 in places like New York, Los Angeles, and Chicago, and would let Sinclair reach 72 percent of the population.

FCC rules bar any one company from reaching more than 39 percent of the American audience, but a loophole revived this year under the Trump administration known as the “UHF discount” lets companies only count half the audience reached by stations broadcasting in ultra-high frequency. Other rules forbid one company from owning two out of four of the most-watched stations in a market, which Sinclair has violated in the past.

According to a 2005 Rolling Stone report, Sinclair was “creative when it came to skirting federal rules that forbid broadcasters from controlling two television stations in the same market. The scheme was simple: [then-CEO David] Smith’s mother, Carolyn, and Sinclair employee Edwin Edwards would buy a station in a market where the company already owned an outlet, and then promptly turn control of the new operation over to Sinclair.”

Even more troubling than the merger’s massive reach is the content it disseminates over it, petitioners say. Sinclair regularly disseminates hard-right “must-run” news packages and editorials to its 170-plus local news stations around the country. The content often passed off in the guise of local news has become a topic of concern among former FCC commissioners, mainstream media, Congress, and HBO’s “Last Week Tonight with John Oliver.”

Sinclair CEO Christopher Ripley said in August that consolidating local news operations would lead to “significant savings,” and in 2005 a local Sinclair producer told Rolling Stone that journalists in Sinclair-owned local stations “weren’t reporting news” but instead “were reporting a political agenda that came down to you from the top of the food chain.”

“[C]urrent and former employees describe ‘a newsroom where some have chafed at Sinclair [corporate’s] programming directives, especially the must-runs, which they view as too politically tilted and occasionally of poor quality,'” Dish quoted from a May Seattle Times report.

Most concerning to Dish and cable operators is the power Sinclair will have “to leverage its unprecedented market power to demand increasing fees from pay-TV providers, forcing consumers to pay higher prices,” Jeff Blum, senior vice president and deputy general counsel for DISH said Monday.

The pro-net neutrality advocacy group Public Knowledge said Sinclair and Tribune in their filing to the FCC “fail to make any assurances that it will not engage in central casting” — substituting centrally originated programming for local programming — “or that the newly acquired stations will have autonomy.”

“[I]f Sinclair is allowed to merge, the company could potentially run ‘pseudo-networks’ – controlling the local programming of hundreds of broadcast stations,” the group’s comments read.

Even fellow conservative-leaning news outlets like Newsmax oppose the merger. In its own comments the outlet accused the FCC of “seeking to enable this transaction through regulatory sleight of hand” and that its approval of the merger  “blatantly subverts congressionally mandated media ownership rules.”

“[T]he level of media concentration proposed by this transaction will homogenize the content available to U.S. consumers, eliminate unique viewpoints and reduce press diversity, especially in the delivery of local news,” the outlet’s filing says.

The impact could even stretch into the wireless sector according to T-Mobile. The mobile carrier told the FCC the “New Sinclair will have over 110 stations slated for repacking” and over 50 stations vacating their airwaves as a result of the FCC’s recent auction to buy back spectrum from broadcasters, repurpose and sell it to wireless carriers. Many are nearing full capacity as Americans’ wireless usage ramps up dramatically.

“[B]y far the largest broadcaster engaged in repacking,” T-Mobile says Sinclair would have both the ability and incentive to delay the repacking, a move that could cause widespread interference issues for wireless carriers ready to move onto the bands broadcasters are sharing or giving up.

Tribune Media CEO Peter Kern told investors Wednesday the merger is “on track” despite a DOJ request for more information from both parties.