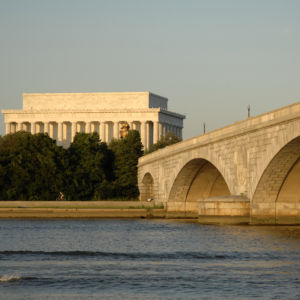 While private school choice programs have expanded rapidly around the country, Washington, D.C.’s federally mandated voucher program has actually been losing students rather than adding them. There is a variety of factors contributing to the program’s struggles, according to a recently released report from FutureEd, a think tank housed at Georgetown University’s McCourt School of Public Policy.

In addition to a disorganized process that awards vouchers only after private schools make admissions decisions, competition from D.C.’s public schools has stepped up—both of which have hurt the city’s voucher program according to the Georgetown report. Furthermore, the study also noted that information about participating private schools is hard to come by, which can confuse parents as they make enrollment decisions. Finally, another study from the federal Education Department has unearthed underwhelming achievement results for the low-income students moving to private schools on the vouchers.

According to the Georgetown study, “Vouchers in D.C.; Why D.C. Families Aren’t Choosing Vouchers,” 30 percent fewer students took part in Washington, D.C.’s voucher program during the past academic year than did just four years ago. During the 2016-2017 school year only about 1,100 students attended private schools on the publicly-funded vouchers—a small fraction of the roughly 90,000 K-12 aged children in the District.

Despite support from national Republicans in Congress and the administration, the authors of the report argue that “Far from serving as a case study for expanded federal investment in private school choice, D.C.’s experience points to the shortcomings of voucher systems with complicated admissions processes, scant information on school quality, and little access to the best schools.”

According to their analysis, most students eligible for the Washington, D.C. voucher do not end up in the top-performing private schools in the city. This is attributable to high admissions standards in many of the District’s top K-12 schools, tuition costs that are still prohibitively expensive even after the voucher takes effect, and a lengthy lottery process that only awards vouchers months after a family has applied for the funds.

In recent years, more than 50 percent of students awarded vouchers in the District have gone on to decline them and remain in the public school or public charter systems, according to the report. This is presumably because they have struggled to find the right accommodations in private schools in time for the when the school year begins. Of the students that have enrolled in private schools through the program, the vast majority end up in religious schools with lower tuition rates, according to the researchers.

Further complications for the program include negative findings from a high profile study suggesting that students moving to the private schools often perform worse on reading and math tests than if they had stayed put in their public schools. Those results are part of a larger batch of voucher studies that made news earlier this year showing similarly bad results in other states.

Nevertheless, proponents of vouchers have countered that too much is being read into first-year results. They have argued that the first year in a new school is often challenging for a student, and in other states, such as Indiana, students that at first struggled in voucher programs went on to make up the ground they lost initially.

On the other side of the equation, the researchers note that the public and public charter school systems in Washington, D.C. have improved significantly in recent years, which could also be siphoning students away from the voucher program. While the public system still lags behind national averages, proficiency rates in reading and math at numerous grade levels have doubled since the voucher program took effect, according to the Georgetown report.

The Washington, D.C. voucher program has also been in the news in recent months because of an action taken in May by the U.S. Congress. Originally inaugurated during the George W. Bush administration, the program was on life support for much of President Obama’s time in office, as he opposed vouchers. In May, Congress reauthorized and expanded the D.C. voucher program as part of a larger government funding deal.

Proponents of the program say that many of the enrollment woes the program suffers were correlated to the political uncertainty surrounding vouchers and school choice at the federal level. While GOP control of the federal government should bring sought-after stability to the program, an unpopular president and upcoming midterm elections next year could change that calculus quickly.